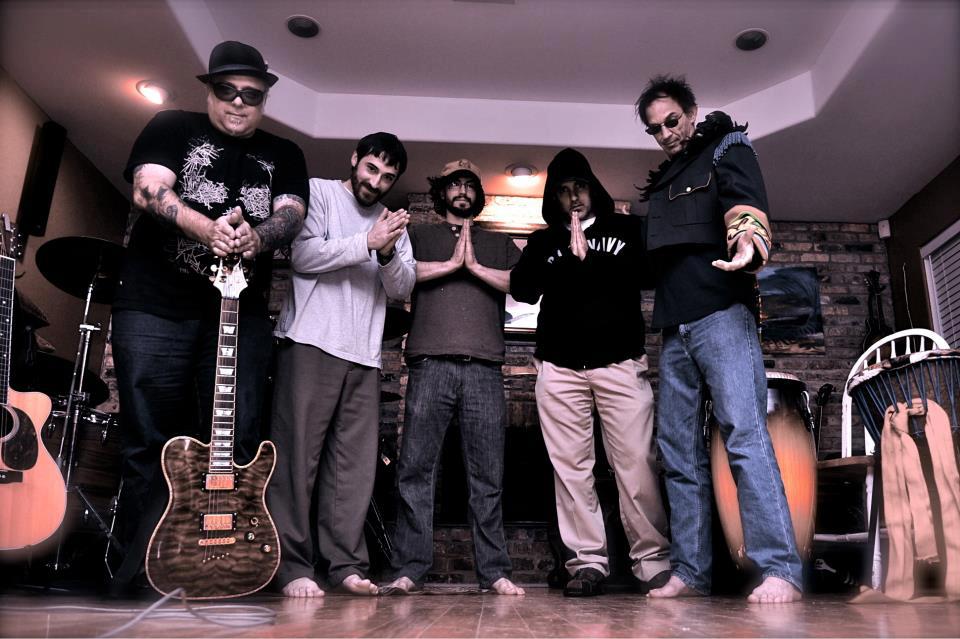 It seems these days that what used to be the rather exclusive “alternative band” label has become convoluted to fit almost anything that doesn’t fit a Top 40 mold.  I am much more interested in alternative sounds and that is exactly what I found with the new album from ZamaPara entitled Peace of Mind. This five-piece band from New Orleans is mixing it up and I have found the soundtrack to my summer.

Peace of Mind was released in January of this year and in February the band’s world was rocked by the loss of one of their members, Randy Perrone, due to complications in removing a brain tumor.  Reeling from the loss, ZamaPara keep the dream alive and remain dedicated to keeping the vision they began with Randy and the four remaining members are doing just that as they bring the music of Peace of Mind to the world.

ZamaPara cites the likes of Dave Matthews and The Police within their influences and that influence is clear from the onset of the album.  “The Storm” starts off the album with a catchy guitar riff that will get stuck in your brain and not let go. Once the syncopated back rhythms kicked in, there was no going back.  I’m sold on ZamaPara from track one.   “B-slice” continued the momentum with thought-provoking lyrics set to a great melody and beat.  “Nowhere to Go” brings in a ska influence, showing even more dimension to this band while songs like “Driving Song” and “What’s It All About” show off that hot New Orleans flavor.  Throw in a little reggae and the classics of alternative sound and ZamaPara has a clearly winning gumbo of sound.

The tempos slow down with “War” and “Savayas”, which in my opinion are two stand-outs on the album, not only for the slower tempo, but also for showing the incredible musicianship of this band.  The weaving of the guitar lines with the moving lyrics in “War” left me with goosebumps.  The orchestration on both songs is chilling and beautiful. If the rest of the album is the party, “War” and “Savayas” are the quiet end of the day as you stare at the endless night sky and contemplate.

Peace of Mind is an album you really must not miss out on.  It’s available now, so don’t miss a beat and get it now!  We wish ZamaPara all the best as they put the pieces back together after the loss of Randy and we look forward to the message they have yet to bring.  Look for more of ZamaPara in an upcoming issue of Fourculture!

Peace of Mind is available on iTunes