A is for Atmospheric, Anthemic indie rock and roll
B is for Breathtaking, Blissful soul-pop
C is for Cool Chilled ambient vibes…

And conveniently below we have three artists to watch out for who also begin with the same letters so we’ve kept it nice and simple for you.  All you have to do is listen… 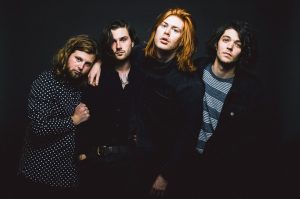 Guitar bands nowadays tend to get an unfair deal whether it’s due to their obvious influences (and therefore accusations of a lack of originality) or because they might go down a poppier route to get more instant crossover appeal.

Fortunately, Reading-based four piece The Amazons are a bit more interesting than this as they mix several elements together so that they can throw in a catchy, radio friendly chorus one minute but then drown the speakers with bluesy, driving guitars the next.

This is a voice.  Seriously.

etween Janis Joplin, Florence Welch, and Aretha Franklin…it hits you immediately.  The gospel edge in the backing of songs “River” and “The Way I Do” are perfect in allowing her voice to shine… it’s powerful, soulful, and with a husky edge.  In an age of glossy, affected and perfected vocals, Bishop Briggs brings a welcome authenticity to the table.  And if you want beats blended in with her vocal splendour, then the latest release “Wild Horses” will be more for you, but it’s all worth checking out. 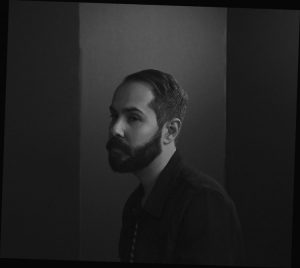 ‘Paul Davies likes cigarettes after sex’.  It’s official.  This newsflash appeared on Facebook, announcing my fetishes and post-coital habits to all, and to the embarrassment of Great Aunt Beatrice whose own notion of excitement is rather on the limited side.

Of course, Cigarettes After Sex is actually an ambient pop group based out of Brooklyn, NY and is heavily focused on the androgynous voice of Greg Gonzalez.  They create a smoky, playful and seductive atmosphere with delicate hazy, dreampop guitar.  New single “K” is a great starting point, echoing the likes of Mazzy Star with whispering, irresistible vocals.  Debut single “Nothing’s Gonna Hurt You Baby” is another must-hear.  A perfect Sunday morning soundtrack and an album is due out early next year.
Cigarettes After Sex on Facebook

Written By
Paul Davies
More from Paul Davies
Folk has a perennial way of capturing the seasons.  Its roots in...
Read More