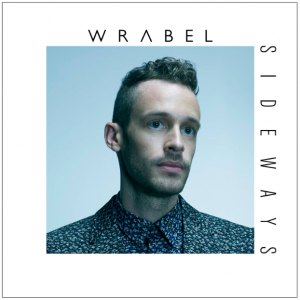 No matter where you go as of late, you’ve heard his voice and probably have no idea who the hell he is. Featured in the mega-hit “Ten Feet Tall” with Afrojack, New York born, Los Angeles based artist Wrabel is ready to make a name for himself with his debut EP entitled Sideways, released on Island Records.

Many times in the past decade, there has been the trend of featuring up-and-coming artists in a collaborative manner in order to bring them to the public eye. The best current example is most likely that of Timbaland getting behind One Republic for the “Apologize” remix in 2007. As much as I adore the big artists giving the little guy a chance, it is all up to the little guy to make it work in the end.  With Sideways, I see the star in Wrabel about to explode.

With only four tracks, you get a view of real soulful vocals that have only been slowly climbing the charts. I don’t think I would be taking it too far to call Wrabel America’s answer to Sam Smith.

The EP opens to the original version of “Ten Feet Tall,” a very heavy piano ballad-like melody that really is a 180 from the track we’ve all been hearing.  With such positive lyrics that act as a tribute to a great person/significant other within one’s life, it’s not a shock that the song can be carried at any tempo.

The track that I have fallen madly in love with is entitled “Into the Wild.” The song itself is very sneaky with a slower BPM yet has a dance floor quality with a repetitive bass line and just a pinch of electronic seasoning that seems comparable to that of the current Top 40 chart toppers.  The song covers a common topic of trying to find love where it might not exist, so the lovers run into the wild to try and find where their love may have gone or if they’re just following a siren’s call of emotions.

The biggest thing that drove me to the track was the bridge. The falsetto that Wrabel brings will indeed bring chills that run up and down your spine.  The soul that emanates through his voice when the melody begins to drop at the bridge is one that only compares to some of the best Motown/ Soul singers of all time.  I have been wondering for a while where a good bridge is when the music industry needs it. Wrabel has it nailed! His voice is like the same feeling I get when biting into a peanut butter cup.

After his breakout earlier this year, Wrabel is clearly on a path to true success and world domination. He’s got the looks, the voice, and the collaborations under his belt to get there. Now it’s up to him where his journey takes us next. Though I’m very certain of one thing: Wherever he’s going, I’ll be along for the ride.