Are you new to all this?  Part One of this surreal saga can be found here. 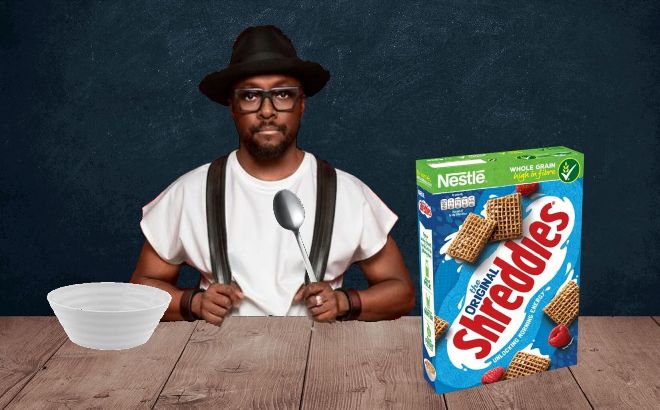 ‘Oh the rain falls hard on a humdrum town…’

As the song continued on the radio Will.i.am looked up from his breakfast.

He went back to his Shreddies, seemingly content with this answer.  He was playing Submarines with them again, submerging them under the milk with his spoon while making whooshing and plopping noises.

“Is it like when there’s not much to do?” he suddenly asked.  “The singer says that the town is humdrum.”
“Yes, that’s right” I said.

He started to play with the word, pronouncing it out loud in different ways, as if it were a new outfit he was trying on for size.

“This school holiday is…humdrum,” he said, swirling his spoon in the milk.

I realised sadly that he was right.  I had suspected that my reluctance to let him go out in public may lead to frustration and now here it was in his own words.    His other school friends would go on picnics, trips to the zoo or the cinema but I couldn’t do that in case someone recognised him and asked awkward questions.

I was starting to regret taking him away from his previous life as there weren’t many places we could go.  As a result we played board games, coloured in pictures and listened to the radio, avoiding stations that may play songs that could trigger a memory of his former life.

This tedium at the breakfast table was becoming ever more tiresome and his antics were starting to annoy me more and more.  But now, looking at his sad face while he prodded away at his Shreddies, I felt bad that I had overreacted to a lot of trivial things lately. Eating the last ice cream from the freezer, breaking one of his bath toys….these were nothing compared to The Wax Crayon Incident.

It was getting to the point where Will.i.am was showing signs of suspicion and a hint of rebellion.  I had to do something in case he ran away or worse.

I went down into the cellar and found the dressing up box….

Written By
Paul Davies
More from Paul Davies
In the early 90s, we are told it was grunge that killed...
Read More