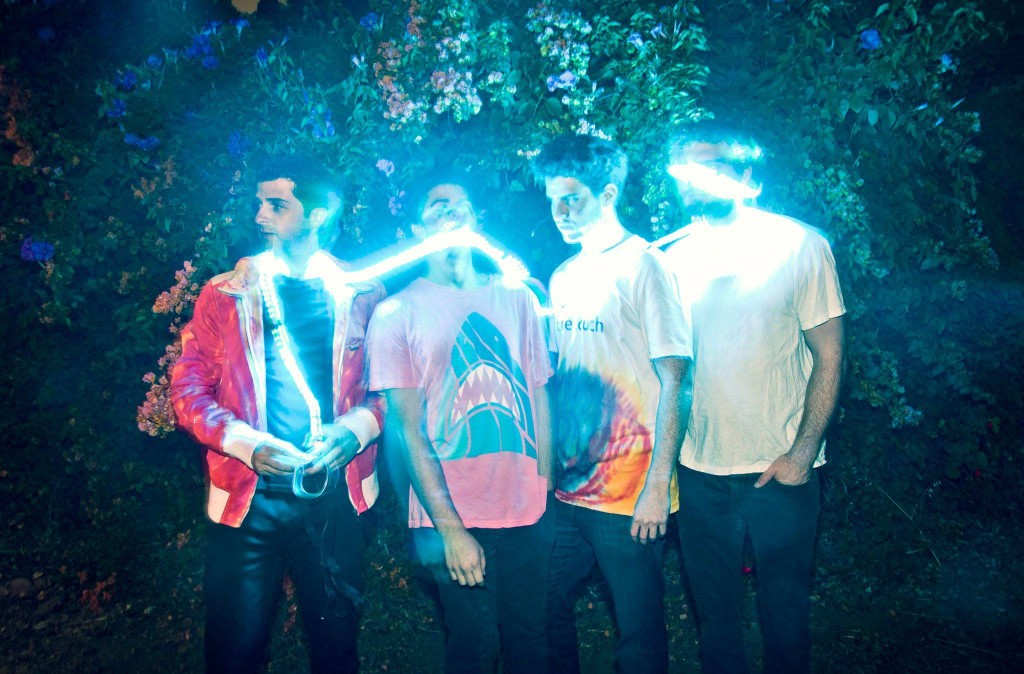 Y LUV, a synth pop band from California, just released their newest EP, Take The Ride, on May 28th. The foursome met at the University of Southern California, located in the heart of Los Angeles. Y LUV has been playing the new songs live for a few months and loves the material. The EP release show was held in Santa Monica at The Central. This month, they will be playing acoustic sets across England and are scheduled to perform a DJ set at this year’s Glastonbury Festival of Contemporary Performing Arts at the end of June.

According to recent correspondence with frontman Freddy Janney, “the band is really starting to happen,” and with so much on the calendar, one could not agree more. Freddy leads the band with vocals, followed by Sam Nardella on lead guitar, Luke Hanna on bass, and Evan “Elvis” Newman on keyboard. Former member and drummer Marcello Dubaz recently left the band to pursue another job opportunity, perhaps right as the group has begun gaining momentum in the musical world.

Influenced by such acts as The Killers, Bloc Party, and Arctic Monkeys, the band has been categorized by some as indie rock pop, though personal opinion suggests that pop should always come before rock when describing a band – indie pop rock. Blame it on Pop Rocks. Including the three aforementioned bands, Y LUV also digs Kings Of Leon, Pepper, Kid Cudi, Foster The People, Edward Sharpe And The Magnetic Zeros, and Kanye West.

The single and first track of the release, “All I Wanna Do,” is a perfect summer driving song that begs you to “dance to the rhythm of everything.” This catchy number will leave you bobbing your head and bouncing in your seat as you joyride around town (or the Mojave Desert). The EP has four tracks and closes with a radio edit of one of Y LUV’s previous singles, “Driftin,” which is more than a minute shorter than the original version. One of their more popular tracks, it has been remixed by Gazzo and Clinton Van Sciver. 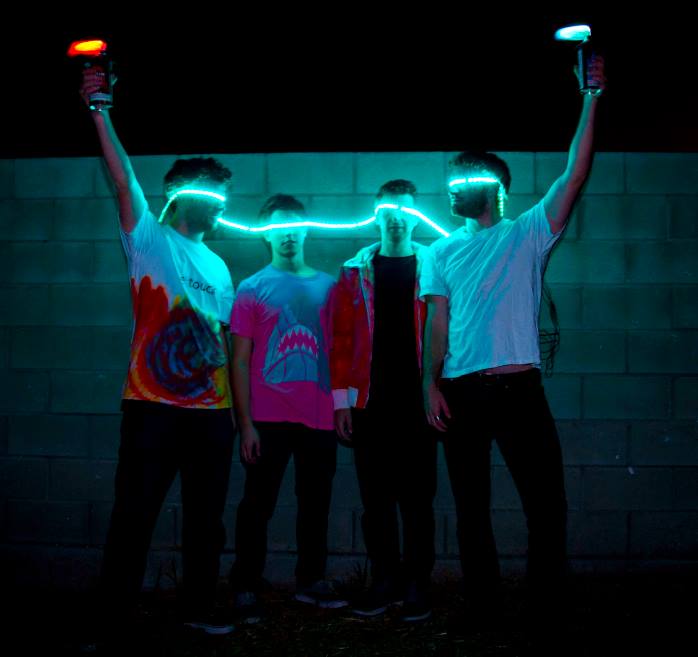 The accompanying music video for “All I Wanna Do” was directed by David Chang and features actress and singer Kelley Jakle. It was shot mostly in Joshua Tree National Park, an 800,000 acre desert in southeastern California. As the music video opens to a desert scene and a murder of crows, Freddy can be seen driving the highway through the beautiful arid wasteland, running low on gas. He presses his foot to the accelerator, closes his eyes, and begins to nod off at the wheel. Images of the lovely Kelley smiling, dancing, and laying on a bed began to flash before Freddy. From the desperation in his eyes, one can assume that she was a recent past lover who presumably broke his heart.

After crossing the double yellow solid line, he wakes up startled and decides to pull off the road. He exits the vehicle and begins to walk through the desert, at which point he meets up with the rest of the band for a desert jam session. Throughout the video, short cuts of what appears to be a desert rave party can be seen, which feature Kelley and a few other girls dancing with glow sticks and glow necklaces. As the video winds to an end, the entire band can be seen in a flashback around a fire with the girls, which leads one to believe that this entire excursion into the desert was to recapture fond memories of a love lost.

Freddy may have lost his love, and whether or not he pursues another, I suggest that you give LUV a chance.

Y LUV that is.