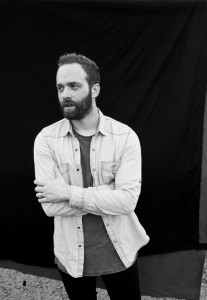 When Tuesdays usually come around, many of us get excited. We here in the US know them best as New Release Tuesdays. Throughout the fray of the major labels you’ll be quick to miss little hidden gems just waiting to make your playlist pop. Today is that day for new discovery and here is one not to miss. Out of Nashville, Tennessee comes a described alt/pop rock band, Wave & Rome (lead by Sam Tinnesz) ready to make noise Across the Map with his debut EP.

The final product of a three year collaboration with co-producer/co-writer Josh Farro after the initial stages of writing and recording, Tinnesz and Farro chose to take the material in different directions.

When they say “different directions”, you’re going to be taken for a trip of a musical life time. There is very few times in which it becomes difficult to bind an artist to one genre. Throughout the entire debut EP, you’re taken through a journey of pure artistry called music. Through its raw guitar driven melody of its title track “Across the Map” to an orchestral pop ballad with the track “Strangers” there is no stone that goes unturned on how versatile of an artist Sam Tinnesz is.

With the track “Took Flight” you enter in with a consistent guitar riff and a guitar machine that highlights a very haunting vocal. It’s as if his musical prowess is highlighted by his lyrical talent describing the emotions of a passing crush. The echo of Tennesz voice brings this dream like emotion to the forefront as he sings of the first glance of her and tracing her path to see her path to see her again. Upon the choruses of the song you’re then hit unexpectedly with guitar work that feels like a sense of chase is underway. “I fell under her spell as she was whispering, we took flight.” Then it felt like the hunt for her was on.

The guitar solos alone would be a big reason to chase down Wave & Rome anywhere across the world. Not many artists out there can work guitar solo into a pop song anymore.

Throughout Across the Map, you’re sucked into each song and become one with the track. When a song is done well, you’ll become one with the music. With my personal favorite “Stranger” you’re sucked into a dark tale of a break up. Yet with a heavy orchestra at hand you’re driven into sadness. A big highlight of Wave & Rome is lyrical power. The songs aren’t vague making the theme very clear. “We were just strangers left undone, couple of prisoners on the run, with our faces towards the sun, we said our goodbyes.” There is this feeling that as if they never really knew each other, thus becoming strangers. Yet, throughout each line you’re brought a sense of understanding to why it ended.

Off to a very strong start, Across the Map is available on iTunes now.

Written By
Serena Butler
More from Serena Butler
You don’t have to ask me twice to listen to Raff. Sixteen...
Read More