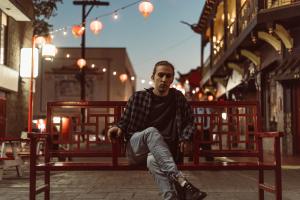 LA songwriter Andrew Stogel – otherwise known as War Strings – has released his single “Tragedy (Lovesong).” The track serves as an appetizer to his debut album Who Cares How It Ends, out on June 12th. Stogel has quite a story – having suffered a devastating head injury which kept him bedridden for nearly 8 months. It was during that 8 months that he rediscovered his love for music, and wrote his debut album.

Keep an eye out for more new music from War Strings in the coming months. For now, check out “Tragedy (Lovesong)” below.