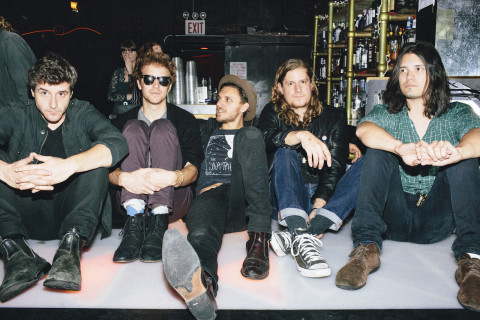 Brooklyn’s indie outfit Walking Shapes and their record label, No Shame, are proud to present the official remix contest for the band’s upcoming remix album. The contest is to remix the track “Feel Good” featured on their recent LP Taka Come On.

Walking Shapes will select from all qualified submissions and the winner will be awarded a $500 cash prize, exposure for their submission across Walking Shapes’ social media channels, plus the opportunity to be included on the official Walking Shapes remix album to be released on No Shame.

The community choice winner – the artist selected by the community (through social voting via Facebook and Twitter) and the host from the top 10% of the highest voted entries – will receive a GoPro Hero3 sports camera and exposure for their submission across Walking Shapes’ social media channels.

The remix contest is being powered by Talenthouse, where Walking Shapes is offering all of the stems from the song for download. According to the band, “We want you to take our stems and slap em, flip em, speed em up, slow em down, isolate them, escalate them and drop em right back down. The song we want you to remix is called ‘Feel Good.’ It’s produced and engineered by Grammy award winner Gus Oberg (The Strokes, Willie Nelson, and Ryan Adams). Bottom line, we want you guys to take these stems and make people ‘Feel Good’!”

Click here to check out our Walking Shapes feature in Issue 12!