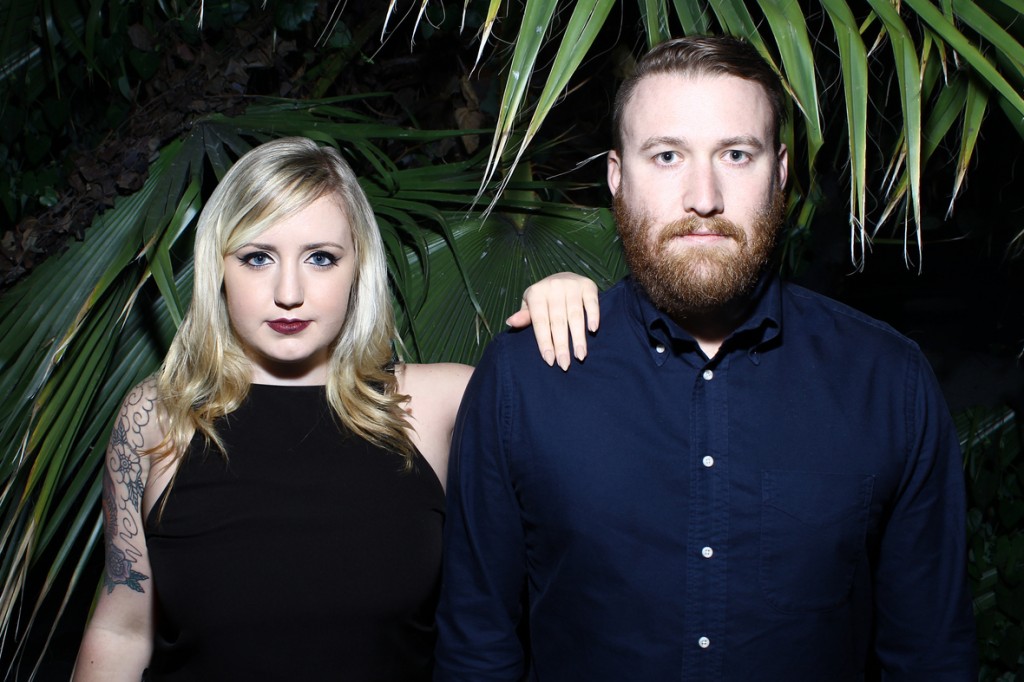 You get a preconceived picture when you hear of a female-fronted band described as post-punk or dream-pop.  With the success of Savages or Warpaint you’d be forgiven for arriving with expectations of them falling on the Siouxsie/Cocteau Twins axis.  It is often forgotten that there was a short period in the late 1980s where there were several female-led indie bands which in hindsight merged the sound of The Smiths with what would become shoegaze.  Bands like The Darling Buds, The Sundays, even The Primitives acted as a stopgap with a dreamy sound mainly provided by soft, luscious vocals which is rarely touched on by current bands.

This is where Vow comes in, sort of between the two, holding the expected and the unexpected card in equal measures and often playing them together.  The 80s chorus-guitars are present but given a crispness as they duel with occasional synth stabs to keep the sound modern.  Cutting through all this over the five songs on their Make Me Yours EP is the velvet-toned clarity of singer Julia Blake which quickly becomes the main focus of the Vow sound.

Bookending the EP, the fragmented pulse of “Miles Away” and the more epic, calm opening of “Escapist” show the variety on offer and the gap between these songs in style almost acts as a journey from their previous EP, the similarly titled but slightly darker Make me Young.

Between these lie three songs which are more instant.  “Palm” was the single back in February, all driving bass and catchy chorus, and it begins like it could have been an indie anthem from any of the past three decades.  The addition of vocalist Johnny O’Hagan halfway through adds a nice contrast, initially almost like the shock of Laura Marling coming in halfway through The Mystery Jets’ ‘Young Love’, but it works and is the perfect single length at just under three minutes.

Running at the same length is “Planks”, a more introspective piano-based song but with no less beauty.  Like Mono (the UK band!), this is subtly well-arranged and seems effortless but irresistible.  You can’t help but feel guilty with accusing lyrics such as “When I look in your eyes, I want to see what’s there, I want to know what’s behind…..to even know I’m there” are thrown at you.

“Charm” is a personal highlight, dropping the tempo and allowing the vocals to shine with each breath and tone audibly clear and suiting the theme of being awakened.  The song builds beautifully to the soaring falsetto chorus and the haunting, dramatic vocal harmonies are more noticeable here with the stripped-back air.

Make Me Yours is an EP with plenty of depth to keep the listener happy and bodes well for the future as there are several directions hinted at here which Vow can successfully exploit.

Get Make Me Yours on iTunes or Bandcamp.