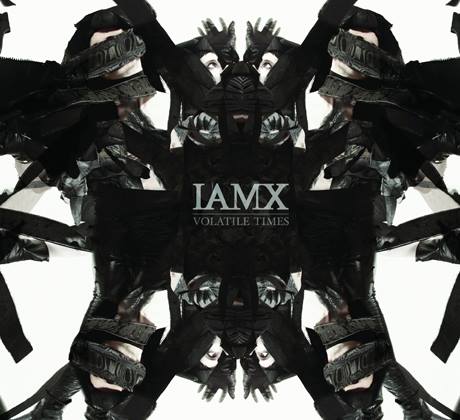 Great news for IAMX fans! On September 2, IAMX’s 2011 album, Volatile Times, saw a second release. The album has been remixed, remastered, rearranged, and rereleased in the United States and Canada including updated album art. All songs have been reworked and contain additional production and mixing by Chris Corner, the mastermind behind the curtain. This new version of the album features variations of all twelve original songs, a reordered tracklist, as well as two new remixes: the title track ‘Volatile Times’ and ‘Bernadette.’

If you liked Volatile Times the first time around, you will love this re-up. Volatile Times was easily one of the best IAMX releases to date, and this newly mastered version is even better than the original. Chris Corner never fails to impress with his alternative electronic sounds overlapped with his beautiful vocals. Even though ‘I Salute You Christopher’ was written about Christopher Hitchens, “I salute you Christopher [Corner], I declare you as our king, or queen depending on your mood.”