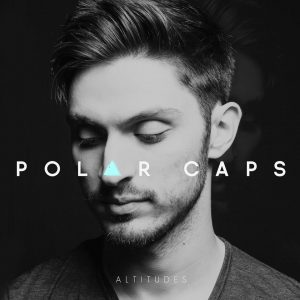 Fourculture is excited to premiere “My Only Light” a video from Polar Caps, the London-based singer/songwriter/producer also known as Owen Hughes-Holland. With his laid back vibe and unique alternative/electroacoustic/synth-pop sound, this is a very chill track.

Owen captures significant life events, moments, and thoughts in his lyrics with heartfelt honesty. He once described his music as, “like a diary, just in song format.” This is certainly true of  “My Only Light” in which he captures an insomnia-ridden night when he is all alone with his darkest thoughts and fears – something to which most listeners can probably relate. Owen wishes his lover were beside him as that is the only person who can penetrate the darkness of his mind. The video uses a horizontal split screen to good effect, amplifying the sense of darkness and restlessness of the lyrics.

“My Only Light” is the final track on Altitudes, Polar Cap’s sophomore EP released earlier this year on Alaskan Records. The rest of the songs on the EP are a little more upbeat, so closing out with the relaxed vibes of “My Only Light” was a perfect choice.  Watch the video below and be sure to check out his social media for all the latest.