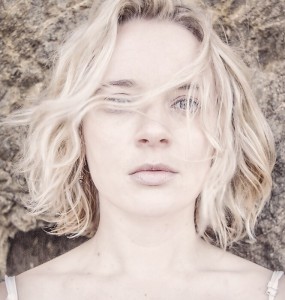 Misty Boyce heads into the New Year on a definite roll. The LA-based singer/songwriter, who spent most of 2013-2014 touring with Grammy nominated artist, Sara Bareilles – and opening sold out shows in New Zealand, Japan and Singapore on the recently concluded “Little Black Dress” tour – is getting ready to release The Life, her second full-length LP on January 20th. “Limits” is the second single off the album and Fourculture is excited to premiere the music video for this track.

Stark and emotive from the first note, opening track “Limits” is an effective introduction to one of the central ideas explored on the album: It isn’t what happens to you in life that’s important, but how you choose to deal with it. Or in other words – life is what you choose to make it, so choose to make it good.

In the first verse of “Limits” you hear Misty’s vocals, accompanied only by acoustic guitar and the occasional piano phrase. The video preserves and reflects this singular focus on Misty’s vocals by opening with her standing alone in the dark and then using the camera to zoom in on Misty’s lips, eyes, hands, and profile while changing the lighting and shadows in which each image is shot. In the second verse of “Limits” the music swells with electric guitar, drums, keyboard, and vocal harmonies. To visually incorporate this fuller sound the video uses as many as three images of Misty at a time, while continuing to use various close-up shots and lighting affects to draw the viewer’s focus back to the vocals.

The track ends with a return to just Misty’s voice and the acoustic guitar; the video closes with the camera’s return to just one Misty standing alone, in the dark once more. “Limits” is a gorgeous, emotionally powerful song and each time I watch the video, I am struck yet again by just how effectively the camera lens and lighting were utilized to give a simple, clear visual representation of the song’s lyrics.

You can read more about Misty and her plans for the coming year here, in Issue 16 of Fourculture Magazine.