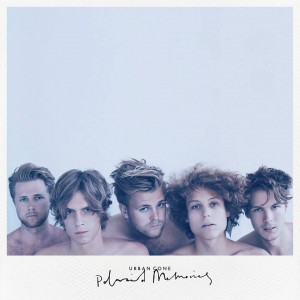 Urban Cone is a five piece electro-pop band direct from Stockholm who are serving up a slice of pure Swede-Pop with their second album, Polaroid Memories.

The album is definitely chocked full of danceable tunes — perfectly crafted, produced and without a doubt ready to be remixed to the gods of dance. The one thing missing for me is a nice bottom, which would have given it more depth but I’m sure we’ll see some of that in the capable hands of the right DJ/Producer as remixes emerge.

That being said there are two stand outs on Polaroid Memories. “You Built Your House Out of Cards” is this album’s beautiful, dreamy pause with its nice slow build up to some truly gorgeous harmonies. “Never Gonna See you Again” is the best song of the bunch. It took me by complete surprise to hear its looping drums combined with a shredding guitar solo. It certainly throws down the challenge to see this band as more than just some fun pop. It’s the last song on the album and it leaves you with a hint of what could musically come in the future. The placement is brilliant because it made me want more of that.

Urban Cone has been playing for four years. When an album closes with such a strong song, you know there is more that they have cooking inside. I feel the gelling of this band has just begun. They start touring in Europe then hit the States mid June, landing in Boston and working their way across the country. If they come close to where you are, definitely check them out. In the meantime Polaroid Memories will be released here on May 12, 2015. I recommend snapping it up. I enjoyed the journey they took me on and you will too.