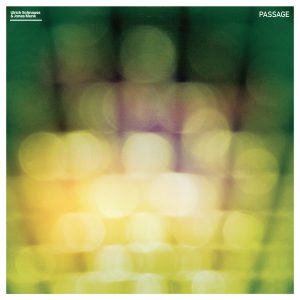 Ulrich Schnauss and Jonas Munk return with their follow-up to their 2011 eponymous album with the release of Passage on January 20 and it’s a journey of cinematic soundscaping and glacial electronics.

Schnauss cut his teeth as a drum and bass producer in Berlin before releasing a string of highly influential neo-shoegaze records on labels such as Domino and City Centre Offices. Since moving to London in 2006 he’s been a member of the bands Engineers and Longview, remixed many artists (from Depeche Mode and Pet Shop Boys to Mojave 3) and since 2013, been a member of legendary band Tangerine Dream. While Munk initially became known to the electronica community via his Manual albums on Morr Music and Darla Records, he also has a career as a noted producer on the European psych scene, as well as working on film soundtracks and experimental minimalism.

Passage displays the same nuanced understanding of space, atmosphere and pastoral ambience Munk and Schnauss created on their 2011 release. Full of slow unfurling symphonic soundscapes, Passage is a trip into the lush, verdant garden of their aural vistas.

Each track is carefully crafted, some pared-down to create space through minimal electronics and at other times multi-layered and densely packed, becoming a melange for the senses.

Opener “Amaris” sets the tone for the album, full of trademark-Schnauss cosmic shoegaze; Munk’s rhythmic guitars are swathed in a dense wash of effects as breathy synths slowly swirl with a fuzzy sheen.

Munk introduces a more progressive aspect to the release than previously heard by the pair on “Genau Wie Damals”, which recalls several 70’s guitar-based giants. There are elements of Mike Oldfield with neo-rock guitar riffs floating in the mist and static fuzz of delay and reverb.

“MST“ is wave after wave of phasing, undulating and sweeping synths that float and spin with guitar picks and echoing beats. It is a melodic ballet of poetic whirls and chasm rich fills. “Spellbreaker“ has pace and momentum, it tumbles with Schnauss’ trademark synths and a binding bass. Munk‘s guitar is dark and gothic, playful yet domineering, setting the scene and tone.

“Caffeine Blues” combines sweet Berlin School arpeggiated synth lines with a dreamy laconic surf guitar riff that contrasts with the busy electronics driving the track. “Coastal Path” evolves with the slow, shimmering pace of a sunrise; emerging, developing, building and growing. A dense and textured staccato guitar lead is suspended within a bubble of smooth and floating synth lines.

Ulrich Schnauss is the undoubted king of electronic melodic ambience. His ear for melody and perfect progressions is unerring. He has instinct for the achingly beautiful, for pulling out breathtaking chords of such depth and intensity that it can be overwhelming. Jonas Munk has also lent his intelligent and instinctive feel for atmosphere honed through his soundtrack work.

This is a wonderful trip of elegant mood music. It is the after-party warm down with bliss-electronics and twinkling guitars. Schnauss and Munk have managed to once again create the new age ethereal sweep of Enya without repeating the tropes that have gone before. They continue to evolve, to produce something new and relevant, something that is pastoral but also dream-infused sci-fi prog.

Passage is out January 20 via Pedigree Cuts digitally and on Vinyl/CD via Azure Vista records.

Ulrich Schnauss on the web:

Jonas Munk on the web:

Written By
Mike Stanton
More from Mike Stanton
As summer slowly melts into the background and the leaves turn golden...
Read More