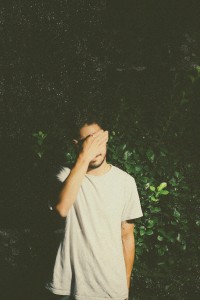 KAPTAN, the new project from one of Nashville’s exciting emerging stars Andrew de Torres, recently dropped two new indie pop gems we think you need to hear. With KAPTAN, Torres is moving into the arena of indie pop music, and it is a very good thing.  On both tracks, Torres perfectly nails the feel good, sing-and-dance-along vibe of polished pop music.

But don’t take our word for it: KAPTAN’s music has created a buzz everywhere this summer, with his debut single “Anywhere We Go” making the Spotify Viral Hits playlist, their New Music Tuesday playlist, and both, their United States and Global Viral 50 charts. About this single Torres says, “When I finally decided to start this project and do something on my own, I knew that I wanted the songs to all have really great energy.” So he wrote “Anywhere We Go” with Brandon Day, who co-produced it with Brandon Metcalf at South By Sea Studios, and according to Torres it was Brandon Day who wrapped his ideas up in “sparkly feel good magic,” while Brandon Metcalf made the track come together. “We just wanted to write something that would make you feel really good while you’re listening to it.” Well we say, ‘Mission Accomplished!’

The second single, “Everything” lets Torres’ talent for melding emotionally direct lyrics with refined, nuanced compositions really shine. It was one of the first songs he wrote as KAPTAN and watching people whom he really loved struggle through their own battles inspired him to write a song to remind them that everything as going to be okay. Despite its serious backstory, the track has an uplifting energy that fuses the vibe of pop and indie dance music, perfectly.

Both tracks are off the upcoming EP, Sprinter (South By Sea Music).  Follow KAPTAN at the social media links below to keep up with all the latest.