Scotland’s alternative rockers Twin Atlantic have had an eventful year. They’ve just completed a UK tour and have been chosen as one of Spotify’s Emerge artists. They’ve also recently released their third album Great Divide on Red Bull Records. To celebrate, the band is giving away a Twin Atlantic iPad pre-loaded with Great Divide and they’re throwing in the album on vinyl too.  How cool is that?

Click on the box below and enter for your chance to win!
The contest ends on December 15, 2014. 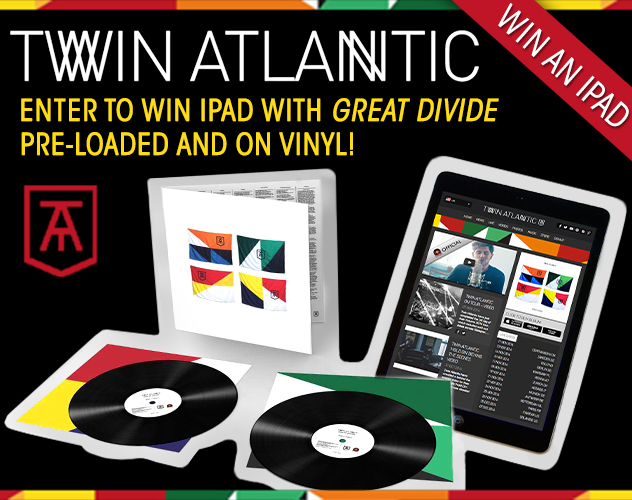