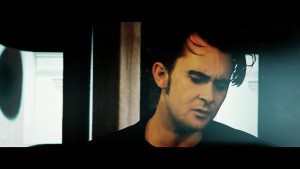 Let’s talk about Tim Muddiman.  This long-time member of Gary Numan’s band and Pop Will Eat Itself guitarist made some waves on the international blog circuit with the release of “Rolling Stones”.   I’ve had that song on repeat for quite a while and I am happy to report that Tim and his musical collective are maintaining their momentum with another single destined to be on repeat as well.  Written and produced by Tim, “Your Drugs” is a delicious, dark and gritty alternative anthem dedicated to the strength and fragility of the human spirit and its addictions.  The video was directed by Tim and Adam Fitch and you can check it out below.

In other news, Tim Muddiman & the Strange are currently putting the finishing touches on their debut album, Paradise Runs Deeper. They’ll be releasing a limited number of albums, (hand numbered, folks!) via their PledgeMusic campaign which also promises some unique, limited edition artwork.  Other exclusives like “ultra cool t-shirts” and limited edition screen prints are also available so please check it out and show some support if you’re able.