Three great tunes to ease you into autumn this week as we feature some slab-heavy doom metal from Los Angeles, ethereal electronics from Wisconsin and neo-folk from Boston. 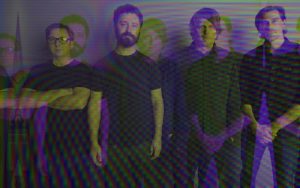 Los Angeles’ indie psych-rockers Tombstones In Their Eyes have just released their new Nothing Here EP and it’s a collection of sonorous and hazy stoner lullabies that descend into post-rock soundscapes all wrapped up in dark shoegazing dreamscapes.

Lead single “Silhouette” is a grinding, monolithic doom anthem, all detuned and textured guitars that almost collapse under their colossal mass. A languid pace allows for much head nodding as the reverb-cloaked drums and vocals swirl and tumble into the shimmering space.

“Silhouette was created one lonely night in the basement recording studio. It’s a song about losing yourself. The catharsis is in the creation of the song and the release of the painful feelings,” says frontman John Treanor. “In its three songs, this EP incorporates the Tombstones sound, even though the songs do not follow the same recipe and include a morose rocker, a shaking blues and a soundscape.”

Taking musical cues from the likes of The Brian Jonestown Massacre, Elliott Smith and The Melvins, the four-piece’s sound embraces a wide range of genres – from the stoner rock of Kyuss through the warped neo-psychedelia of Spacemen 3 to the cavernous and doom-laden sounds of Electric Wizard and beyond.

“Nothing Here” is out now on Send Me Your Head Records. 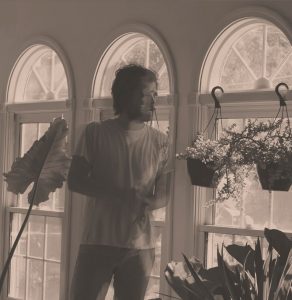 In stark contrast is the new single from Boy Bjorn. Wisconsin-based Brian Holl (AKA Boy Bjorn) tackles his anxiety head-on by expressing how it feels to be inside his head during an attack, as well as when his mind is clear and perspective has been restored.

“Now I’m Running” is sweeping and symphonic with wide, multi-lane atmospherics that are upbeat and thrusting. Holl‘s trademark ethereal tones are elevated skywards as if in emotional liberation. This cathartic act of releasing his fears and anxieties has manifested itself in a beautifully poignant and dreamily melodic pop song of hope and liberation.

“I wrote [Now I’m Running] as an olive branch to others who have suffered or suffer” he says, “I needed that insight when I was in the worst of it. I needed to know that others couldn’t control it as well, that I wasn’t doing anything wrong. I needed to learn that every day was a step towards healing. It’s ultimately a celebration of the scars it left me with. That I wouldn’t give up my experience for softer skin.” 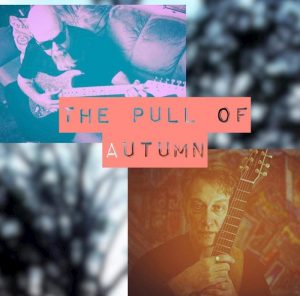 Closing out this week’s trio of treats is a pastoral and romantic ballad from Boston-based The Pull of Autumn. Having just released their eponymous debut LP, the super group (including members of Fashion, Johanna’s House of Glamour and Throwing Muses), have previewed lead album track “Laurasong”, a winsome and melancholy neo-folk song.

The Pull of Autumn was born through experimentation and extensive collaboration between the members, often writing by correspondence as the sound and ethos was honed. The bulk core of the songs on the album  evolved through the partnership between Daniel Darrow from Johanna’s House of Glamour and Luke ‘Skyscraper’ James, frontman of Fashion. Skyscraper would send basic ideas with Darrow creating more elaborate soundscapes to ornament this sound.

Darrow says, “I think of this music as post-rock informed by electronic and experimental music, but also taking elements of a simpler sound as an acoustic guitar. Bowie’s Berlin trilogy was also an inspiration. The chance to meld together different elements of music such as electronic, acoustic, avant-garde and pop is at the core of what we want to achieve with The Pull of Autumn”.

The Pull of Autumn LP is out now on RBM Records