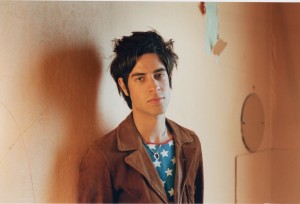 Thomas Cohen, former frontman of London band S.C.U.M., has just released a second single off his upcoming debut album Bloom Forever, in anticipation of its May 6th release on Stolen Recordings.  Just 21 years old when S.C.U.M. broke up in 2012, events since then have given Cohen a full slate of topics about which to write, including the birth of his two sons and the heartbreaking death of his wife, Peaches Geldof.  But Bloom Forever is not simply of a tale of love, death and heartbreak, but of artistic and personal growth as well.

The first single released off the album was title track, “Bloom Forever.” A bluesy song with rolling percussion and a swelling chorus, the track recounts the birth of his second son, Phaedra Bloom Forever Geldof-Cohen. “I wrote the lyrics in the hospital on the day he was born,” recalls Cohen.

The second single released off the album, “Honeymoon,” was also the first song Cohen wrote after S.C.U.M. broke up. A melancholic, jazzy, and elegant track with what Cohen describes as a self-explanatory title. It’s “[a] song about holidays with several minutes of saxophone solo,” he explains. While working on Bloom Forever, Cohen says he was inspired by singer-songwriters such as Townes Van Zandt, Judee Sill, Van Morrison, and Jim Sullivan. And those influences can be heard on the two tracks released so far. “Bloom Forever” and “Honeymoon” are both beautiful songs that showcase an artist who is at once fragile, playful, mature, and defiant.

Thomas Cohen on the web: