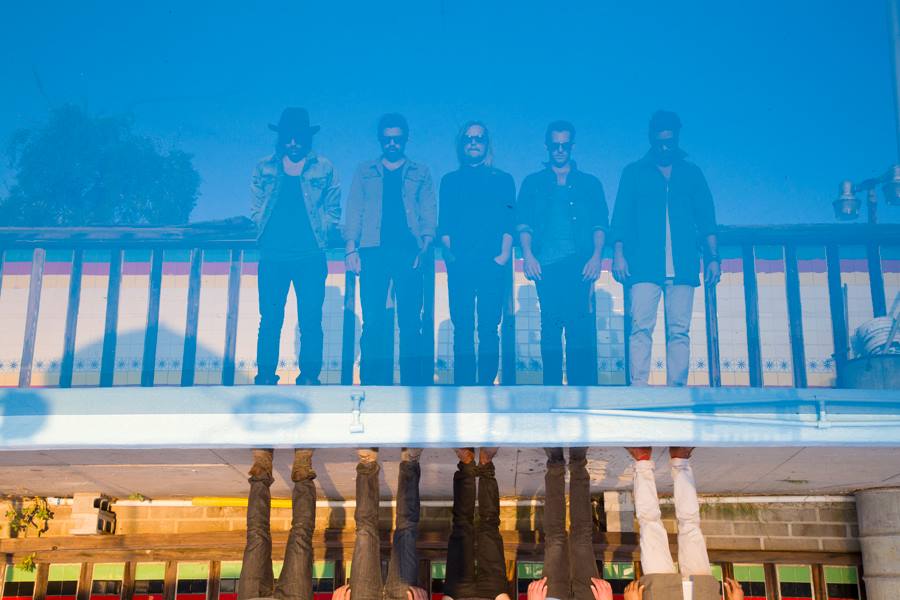 Originally called Griz Adams (after California mountain man John “Grizzly” Adams), Los Angeles-based pop/folk band Grizfolk released their first music video, “The Struggle,” on March 28th. Directed by Keith Musil, the music video features a man in a grizzly bear costume interacting with the humanized world around him. It opens with the grizzly crashing through a camping tent in a backyard, then breaking in and entering a home to ransack a refrigerator. As the bear walks through the streets of California, he notices that the world is very different – “He turns around and sees the world he knows fall apart.”

The grizzly bear traveling through California is rather clever for this song specifically, because that particular species of brown bear was historically indigenous to the Midwest and West and is now on the endangered species list provided by IUCN as of the year 2000. At present, most grizzly bears in the United States exist in captivity or in small numbers in Western states Montana, Wyoming, Idaho, and Washington. The grizzly is presumably trying to find a home in unfamiliar territory, struggling to survive – “The struggle you are up against makes you what you are.” – in this case: a beast near extinction.

Grizfolk is frontman Adam Roth on lead vocals and guitar, Sebastian Fritze on synthesizer and keyboard, Fredrik Eriksson on guitar, Brendan Willing James on bass, and Bill Delia on drums. The band released their debut EP, From The Spark, on February 25th via Virgin Records. More recently, they wrote and composed the song “Way Back When” for the film Mr. Peabody & Sherman, which was featured on the film’s soundtrack alongside Danny Elfman’s score. Grizfolk just finished touring with Bastille and are currently finishing up their debut full-length album.

Watch the video for “The Struggle” now and see a grizzly bear beating up a peeping Tom!

Buy Grizfolk’s debut EP From The Spark now via Amazon or iTunes!