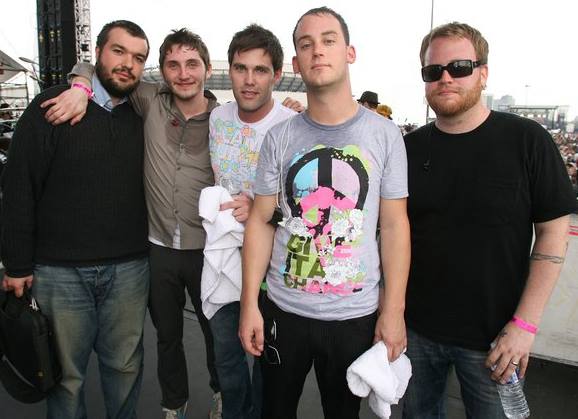 What I’ve always loved about The Starting Line is their undying ability to evolve through time while still maintaining a signature sound. There are many who swear by 2002’s influential (and arguably top-5-pop-punk-album-of-all-time candidate) Say It Like You Mean It, and there’s nothing wrong with that. That album helped define a genre that only existed within the subculture of Warped Tour and brought it to new, unprecedented heights. With that being said, there are also a number of us who grew with the band — evolving with them as they released new albums. Taking note of more complex chords & time signatures.  Embracing Kenny Vasoli’s transition from angsty teenage vocalist to adult songwriter. And all the other elements that make The Starting Line’s journey so special.

“Anyways” — the title track from the band’s upcoming 3-song 7 inch (and their first single release in 8 years) — is everything that we needed from The Starting Line. It picks up right where 2007’s Direction left off — with rich and bright guitar tones, a larger-than-life chorus, and undisputed honesty. It’s not flashy, because that’s not the band’s style. What it is, truthfully, is a seamless transition for the fans who never went away. It has given us something so very exciting to look forward to, and something to help us continue to grow.

Anyways drops on February 5th via Downtown Records, and you can keep up with all things The Starting Line on Facebook and Twitter.

Written By
Nate Sirotta
More from Nate Sirotta
Before I saw Great Good Fine OK open for Betty Who and...
Read More