Having been doing the music journalism thing for almost five years now, I’m on a lot of PR firms’ mailing lists.  Their clients cover the whole myriad of genres including ones I don’t usually listen to or provide press for.  Such is the case with Lamb of God. 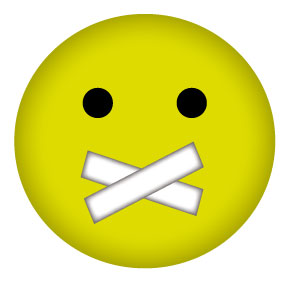 I am nowhere near a heavy metal fan, but after a little research I like the description of “punk meets metal” for their music.  Lamb of God’s lyrics contain bold statements about politics and religion.  These artists create a “voice for the people” through music.  The added element of music over visual art when it comes to rebellion, patrons, and musicians can congregate in a venue and share their thoughts and opinions on the human condition.  The musicians can get an audience’s adrenaline flowing and people will leave with a new passion to change things.  Lamb of God does well in building that enthusiasm with crowds getting loud and physical.  None of this is necessarily a bad thing.  We need more people, especially young adults, with passion for change.  Without their involvement in political and social change, the forward motion will stop when the older generation dies off.

The point of the press release that inspired this opinion was Lamb of God’s response to the Malaysian government when said political body told the band they were unwelcome guests in their country.  The band was forced to cancel their tour stop there to the chagrin of their fans.  The government stated sensitivities of religious groups to the band’s music and lyrics.  Lamb Of God does not shy away from admitting that they state things as they see them.  Their problem with this situation quoted in the press release is that the decision was made without the request for any dialog with the band.  In fact, they feel that the refusal to issue the concert license was done based solely on assumptions from people not having listened to their music and not directing questions and concerns to the band for clarification.  Guitarist Mark Morton spoke for the entire band by leaving an open invitation to the Malaysian government to have a conversation with them about this.

Of course, it is unlikely that that invitation will be accepted.  This is a country whose religion and politics are woven together and they maintain a tight control on the people.  I’m sure if one examines all art allowed into the public arena that there is censorship in all fields.  Rulers have been taught through the ages that if you keep ideas out of sight then people will not rebel.  Well, at least that’s what they have deluded themselves with.  Artists will always create.  It’s what keeps them alive and from the beginning of time the artists whose work somehow upsets political and/or religious leaders will take themselves and their work underground.  The chances of “the people” finding it and learning opposing ideas are great and have continued to happen throughout history.  People get fed up with their social condition and decide to fight back.  It is artists who give them the banner to march behind, the battle song to sing, and will record their history.