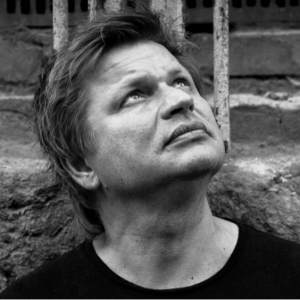 German producer Timo Maas just released his new album Lifer. His previous LP, the acclaimed Pictures, featured vocalists such as Brian Molko from Placebo (also performing on Lifer), Kelis or Neneh Cherry. Maas is not your typical DJ/producer, his firsthand experience and intrinsic knowledge of electronic music are plain impressive, and his bold taste for mixing up genres in his DJ sets, as well as in his productions, remains more daring than many producers in the scene to this day.

Where did you record your new album?
We recorded Lifer in a little village in the area of Bückeburg, with only a few hundred inhabitants. We rented a normal house as a studio. People must have been wondering what we were doing carrying all these boxes in! It is a bit challenging doing such electronica stuff in the middle of nowhere, you look out of the windows and see the cows; but okay, I admit I like it. It is beautiful here, but there’s not a lot going on… “Fuchs und Hase sagen sich dort Gute Nacht” (German saying meaning “foxes and rabbits say goodnight to each other”). Since I’m traveling a lot, I don’t mind living there though.

Why not live in Ibiza where you have your DJ residency?
I already have from 2004 to 2007. And I travel there whenever I have gigs. Sometimes I stay a for few weeks. It’s actually too expensive to live there, and inconvenient if you have to travel in and out all the time. But I’m surely looking forward to the season opening at DC 10, I’m flying there this week!

Tell us why your DJ sets are so diverse.
This comes from the experience of my very early DJing days when I was playing in “farmers clubs” in villages near where I’m still living. I had to play for the whole night from nine o’clock in the evening to four or five in the morning. So you had to do a bit of warm-up, touch different kinds of music styles, whichever there were. One of those guys, who was kind of my teacher in the 80s, told me “always play three to four tracks into one music direction and then change because you always have to keep the whole club entertained”. And somehow this is in my blood until today. I touch micro styles in the electronic fields to build up moments, but then change, go a bit techier or a bit trippier… so it won’t be too boring. This is what I do with my albums also, and because they are not DJ sets but albums, I can do even do stranger mixes if I want to.

How did you start to produce?
It was a natural process I’d say. At the end of the 80s I did the first tryouts with some friends on an old Atari computer, four-track recording, sampling something from records, etc. It was really difficult back then, usable equipment was not affordable. I remember times in the early 90s where you’d have to spend over 6000 Deutschmarks (3000 Euro) on sampler units with a sampling time of four or eight seconds. It was ridiculously expensive, and what you could basically do with it, is what you do today with your iPhone while waiting for the bus. So I was always trying things out, and then I released my first and very, very bad cheesy record in 1994, just because I wanted my own vinyl in my hands.

You’re one of the few who started to produce early.
Relatively early. I mean there was a whole bunch of people who did music before I actually started. We had the tape recorders, the big ones, and we liked to cut the tapes and stick them back together to do master mixes. This was an early stage of producing if you wanted to see like that. And I had no studio but I was always good at beat to beat mixing. So I was mixing on three decks, plus different beats under different records, and also used acapella versions. 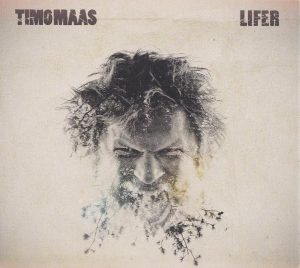 Did you want your whole career to be about DJing then?
I started collecting records at the age of seven or eight. I started playing them at the age of 12 or 13 and I’m 44 years old now. I’ve done this for over 30 years! I come from an era when DJing was not cool, and traveling DJs were non-existent. So I naturally hesitated a lot before I decided to become a professional DJ. I kept my daytime job as telecommunication advisor until 1994. Back then, I wasn’t sure if becoming a self employed DJ was the right decision. But I would go to the telecom store and see the very frustrated faces of my ex colleagues… that always cheered me up and comforted me in my choice. And I was very shy as a kid and a young teenager, so playing music is my way of communicating with people.

What did you want to communicate with Lifer?
For me Lifer is meant deeper than it possibly seems. There is a bittersweet feeling to it, which Pictures probably has too, but it’s more intense in Lifer because I had some bittersweet times myself that I was trying to digest. Lifer for has more layers, maybe you need to listen to it a few times before you can see this.

Written By
Nadia Says
More from Nadia Says
Early in the year, many of us try to take good resolutions:...
Read More