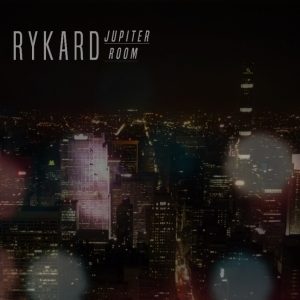 It’s October and we are fully immersed into long autumnal nights and what better way to enhance the chill atmosphere with a mix from ambient tripster Rykard. Pulling together a mix perfect for cold evenings, Rykard has created a sixty minute trip into the netherworld of shadowy beats and spectral synths exclusively for the Jupiter Room and Fourculture.

Rykard is Rick Wearing, a purveyor of chilled grooves and ambient beats. Rick has been weaving tunes of spectral delicacy and nocturnal atmospherics for over ten years now and is from that hotbed of electronic talent Preston, Polypores, Impulse Array, Nurse Predator and Dublock hail from that part of the world and only a few clicks away from Blackpool-dwelling Phono Ghosts, VHS Head and White Mask (there really must be something in the water). Rick brings something of that Lancashire atmosphere to his compositions, imbuing them all with a shadowy and swept beauty that is so tangible, so tactile it embraces you.

To date Rykard has released four albums, all of which contain their own secrets. Seemingly following a continual evolution, Rykard has moved his sound further with each release, taking the finer elements of each album and building on them, never repeating himself. Each is an immersive experience with their own mystery for the listener to unravel, often giving up something new with each subsequent listen.

Right from the opening track “Psirens”, Rykard‘s debut album Arrive the Radio Beacon is a lush and ethereal affair. Loads of reverb-washed synths and melody soaked atmospherics reign throughout the album. It’s replete with mid-tempo hip-hop beats, richly textured synth washes and precisely layered samples, allowing the listener to plunge into his cool pool of transcendental soundscapes. My first introduction was through “The Rock Hewn”, a track that perfectly evokes the relaxing beatwork and shifting tonal pulses of Boards of Canada. While not so rooted in deep clouds of BoC‘s nostalgia, Rykard still hearkens back to the era of warping tape machines, hissing analogue equipment and the pop and crackle of vinyl. Nothing here is covered in a clean glaze, there is a warm and hazy cloak of ambience over everything, settling like a fine dust on ancient shelves.

There are some truly astonishing moments throughout; “Marine Sulphur Queen” is dark and moody, “North Cormorant Obscurity” is pure plunge-pool sonics, pulling the listener deeper into its cavernous cathedral of haunting samples and nebulous meditations, “Out of the Orchid Way” is blissfully beautiful and “Sky at Walton” shimmers with transcendent grace.

Arrive the Radio Beacon is radio-inflected soul, a motion picture soundtrack of chillwave pads and arcing textures that shelters the listener with drifting and fogged-out cobwebs.

Luminosity is dark-edged, introspective and contemplative inviting the listener to create their own journey, a trip that is as wide and expansive as the county Rykard hails from. Luminosity vibrates with pensive energy conveyed through snapping beats, taut sequencer patterns and sheet upon sheet of textural elements.

Night Towers was released in early 2018 and here Rykard achieves the perfect balance of downtempo ambience with the swirl and gush of synthwave, adding elements of hip-hop and funk to create a sound that is dreamily evocative. Opening with the soulful and atmospheric “Capital” we know exactly where we are going; it’s the realm of a city bathed in moonlight and neon lights, slowly shifting under dappling clouds and reflecting off glistening rain-streaked streets. Rykard has often toyed with synthwave elements, many of his earlier releases dabbling with a retrowave aesthetic, however it is here on Night Towers that he collates the sounds and beats to conjure his unique chillwave.

“FDR Cruise” is a multi-dimensional journey through dark and light, warm and chilly cascading synths punctuated with spectral samples and half-heard conversations, this is the essence of the album, its heart. Much of the album follows this pattern allowing the pleasing contrasts in feel and form to gust in dimensional flurries. There isn’t a weak moment on Night Towers.

Rhythm Phoenix was originally released in 2012 on the dedpop label and received a welcome re-release during the summer of 2018, adding a couple of tracks from 2012’s Shelter Cove EP. Predominantly synthwave, this album bridges the gap between Rykard‘s albums Arrive the Radio Beacon and Luminosity, containing elements of both and showing the tonal shift from pure ambient EDM to the gradually emerging beat-driven and wonderfully euphoric sunset moods of Rhythm Phoenix and beyond.

Back in March 2018 Rykard played a live set at the underground electronic night Emotion Wave at 81 Renshaw Street in Liverpool and it was a stunning set. Previewing the then soon-to-be-released Night Towers, he held the audience spellbound with some lushly warm and trippy excursions. Enjoy it in it’s entirety below:

We were very lucky and honoured that Rick took time out to answer some questions for us here at The Jupiter Room and to give us all an insight into the mind behind these sweet sweet sounds. 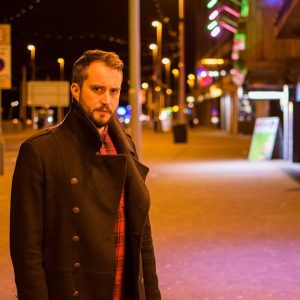 What is your earliest musical memory?
It would have to be listening to Nik Kershaw in the back of my Dad’s car.

What did you grow up listening to?
When I was really young, it would be whatever records my Dad was listening to at the time.  He had such diverse taste when it came to music. I can remember him playing me one of the Tomita albums and it totally blowing my mind.

I think once I’d reached secondary school I started listening to a lot of punk rock and nu-metal as it was what was big at the time. Then one day a friend lent me a copy of warp’s Blech 2 compilation and after that I just got back into really underground electronic stuff. I suppose in my teens I thought it was uncool to listen to the music my Dad was listening to but by that point he was really into Future Sound of London so I guess I was wrong!

Where do you draw your inspiration from, musically and non-musically?
Musically it would have to be anything I’m really into at the time of writing. When I first started producing music as Rykard I was obsessed with downtempo ambient artists like Boards of Canada, Isan and Ulrich Schnauss and I think that really came out in the music.  These days I tend to try and listen to a bit if everything whilst working on a project.

Non-musically I would say life experiences, places I’ve been to and things like that. There was this track I did on Luminosity called “The Gradwell Collection” which was totally inspired by this old abandoned college I’d been to with my mate Paul Harris – who is the photographer that worked on the Night Towers artwork with me. The place had been closed since the early 90s and yet it looked completely untouched – like a giant time capsule. It has a really dark history which I felt really came out in that track.

Tell us about your studio setup. Do you use hardware, soft synths, DAW or a combination?
Ableton is my main tool in the studio but I have a bunch of hard synths I use too.

Do you compose quickly or do you spend hours tweaking and finessing your tunes?
I’d say the composing comes quite quickly but I do spend ages trying to get the arrangement right. I can sit there for hours playing the same 8 bars over and over until it drives me insane.

Do you have a favourite time of the day or night to write and record?
Definitely at night, preferably in the winter. 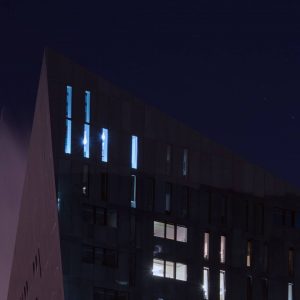 Describe your music in three words.
Dreamy, trippy and eclectic.

What’s your favourite sound?
The deep rumble of a jet engine from inside a plane.

Tell us about the mix you’ve done for The Jupiter Room.
I’d say it’s a pretty chilled mixture of stuff I’m listening to or have listened to over the years. There’s a couple of unreleased Rykard tracks in there too.

What’s next for Rykard?
I’m trying to make most of my back catalogue available at the moment. I’ve also started working on the next Rykard release.

If you could make music history, how would you do it?
I would find a way to ban auto tune.

Find Rykard on the web:

This show was broadcast on Thursday 25th October 2018 on Fourculture Radio.