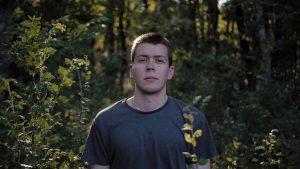 This month’s mix comes from Francesco Imola aka Young Offices and it’s a brilliant listen. Originally from Italy, Francesco spent a period in Liverpool, playing the regular underground electronic night Emotion Wave to great acclaim and is now based in London studying Sound Design at the University of Greenwich.

Young Offices creates ambient and experimental music that is all texture and density. His sounds wash and billow, flooding space with unsettling electronic soundscapes. His flair for composition and production is evident on “pattern – action”, a track of stark and haunting ambience cluttered with metallic sounds and swollen bass that eventually gives way to radio station clippings and squawks.

The Sedna EP is a variation on this, exploring ambience and deep complex transitions of melody as sounds push in and out of the compositions to create shifting layers of bass and occasional beats.

Buildings 1 & 2 takes textural experimentation a stage further. Eschewing beats altogether it instead consists of percussive dissonance. Static ambience is dominant; it is the sound of a decaying star captured through deep-space transmissions. These are fine examples of Francesco’s instinct for composition, to layer sound-on-sound, to populate the dense and filtered forest of pink noise with beautiful glitch and distortion. Listen carefully and you will hear the melodies as they fall into his electronic carousel.

In constructing Maeve Francesco uses distortion and ambience, balancing the complex and evolving sounds with background metallic chatter. It is hypnotic and transformative.

If you are looking for something more accessible then explore Past Archives. If you are searching for a soundtrack to colliding realities then look into pattern-action, buildings 1 & 2 and Maeve. Francesco as Young Offices has created his own sphere of disintegrating ambience with so many of his compositions. Tracks evolve then decay, each with its own natural life cycle.

This technique releases the listener from the normal constraints of composition and gives a freedom of interpretation. Young Offices creates music that is alive and organic, transcending their electronic origins.

It is such an honour that Francesco has contributed this month’s guest mix, hope you enjoy it as much as we have.

Ahead of his mix, Francesco kindly answered some questions for The Jupiter Room. 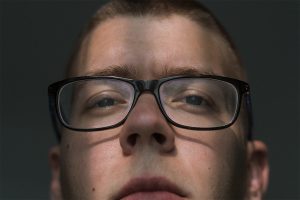 The Jupiter Room: Tell us about yourself Francesco.
Young Offices: Prior to starting producing music I’ve been a guitarist for about 6 years. Went from one band to another and, eventually, I was won over by the electronic world and all the geeky digital tools. I have been making music for a while, but still have so much to learn.

You record as Young Offices, how did this come about?
My musical style has changed a lot through the years, and so did my aliases. I’ve tried releasing using my own name but that was too lengthy. Then two years ago, I changed it into something inspired by popular internet culture and new-age music. Didn’t give much thought about it.

Have you played in bands previously?
I played the guitar in a few local alt-rock bands in Italy when I was a teenager. We never made a penny from it but I had a great time.

What is your earliest musical memory?
I remember vividly when my music teacher lent me a CD with Radiohead’s discography. I didn’t get them until a few years ago, but that was definitely the beginning of a venture into the world of electronic rock and experimental music.

I’m almost sick of it now.

During my late-college years my musical taste broadened up a bit and I began listening to more hip-hop, industrial rock, techno, blues and electronic pop.

Where do you draw your inspiration from, both musical and non-musical?
I’m often inspired by the tools I use and the limitations of producing only with a few instruments and controllers. The more “virtually restricted’ the environment, the easier it becomes to jot down good ideas.

The main art form I draw from is cinema. Soundtracks and sound in films have always been particularly inspiring, especially when the two are coherent and complete each other in a way that draws you into the story. To give you a recent example, I was impressed by the sound and music selection on the last season of Black Mirror.

Tell us about your photography.
I like shooting because it allows me to build a visual diary of the places I’ve visited and the sceneries I think are worth capturing. I make the music I want to listen to just as I take the pictures I’d like to see hanging on my wall.

I’ve shot concert photography for a short while and learned at lot from it, I believe it’s one of the most adverse genres of photography. I keep photography as a hobby now, but my focus is elsewhere.

When is your favourite time of the day or night to write/record?
I usually feel most comfortable writing early in the afternoon after a good meal. 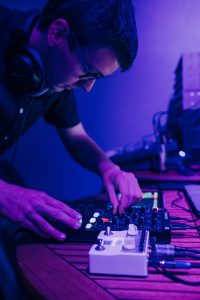 What set-up do you use for recording and playing live?
My laptop is where everything happens: soft synths, various Max MSP modules, and Reaktor are the core of most tunes. Sometimes I record instruments, soundscapes, and foley sounds with an external recorder, bring those into my project, and work from there through granular synthesisers and careful edits.

An iPad with Lemur installed, a small Akai LPD8, and a couple of noisy guitar pedals, are all I use when playing live now. I’m saving for a reel-to-reel tape machine to add to the list.

Do you compose quickly or do you spend hours tweaking and finessing your tunes?
Most of my tracks are often laid out in an afternoon or so. I then go back and forth tweaking the raw material for several days until it “feels” complete — but it is never so.

Tell us about the mix you’ve done for The Jupiter Room.
I’ve prepared a mix with my tunes and other music — mostly garage, ambient, techno, and IDM — which I recently came across.

I wanted to showcase some of the electronic music currently coming out of Italy as well, and included tracks from Alessandro Cortini, Jacques Malchance (now Merseyside’s naturalised), and Calcutta.

What are you listening to at the moment/who should we be checking out?
Andy Stott, James Holden, and Dark Sky have been on repeat on my headphones for months now. Their catalogs and production skills are impressive.

I would also recommend checking out Emptyset, a Bristol-based electronic duo that is often source of inspiration — as well as Ghostly’s newest big name Heathered Pearls.

What’s your favourite sound?
Bells. They are among the simplest musical instruments. Bells can be minuscule or monumental. Bells can be symbol of power, faith, fear, and joy at the same time. And they sound great on everything.

When I was about eleven I visited the Marinelli bell foundry in Agnone, Italy. It’s considered to be among the three oldest family businesses worldwide. They build tuned bells for the Vatican and most churches and monuments in Italy, including the Leaning Tower of Pisa. It’s impressive to see how such an old technology and imposing sound has kept its prestige through the centuries.

If you could make music history, how would you do it?
I’d learn how to shred on the electric guitar and then tour the world with a Metalcore band. 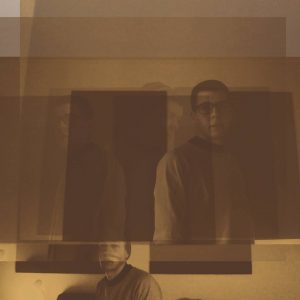 What’s next for Francesco and Young Offices? Where can you see you sound developing?
Having the luck to be able to study Sound Design academically is definitely a great springboard for further experimentation with Young Offices. I’m currently leaning towards a more grittier, darker, and generative sound.

Are you planning your next album?
Still need some time before I can announce an album release, but will keep working on smaller releases — which are giving me a chance to approach different themes with a creative eye, rather than a business one.

When are you playing live next?
I’m planning on finding space for a couple of audiovisual shows in south London this year.

What are you currently reading?
Digital Art (World of Art) by Christiane Paul.

This show was originally broadcast on Thursday 25th January 2018 on Fourculture Radio.