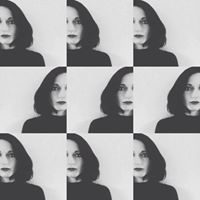 This month The Jupiter Room welcomes Faded Gold onto the show to contribute the guest mix and what a mix it is, one of contrasts; of noise and ambience, of chaos and serenity.

Stefanie Chew is the creative force behind Faded Gold weaving organic and textured ambient electronics. Her compositions play out like complete electronic dream pop songs rather than extended mood pieces and her sound often enters a shoegaze slumber that drifts gently into an ethereal realm slightly reminiscent of Enya; breathy keyboard pads, expansive soundscapes and shimmering melodies are her hallmark.

Her debut EP called The First EP released in 2011 stretches gracefully over 5 tracks, each one brimming with late-afternoon warmth, “Distance” stands out and is very reminiscent of Tycho, with sweet and coiling melodies spinning in and out of each other. Faded Gold conjures blankets of haze with her artful layering of textures and rhythms creating wide sweeping vistas of drama and a washed-out meditative lull.

Her 2012 self-titled EP continues her trademark sound and is filled with tracks that swirl slowly with a fuzzy sheen as soothing walls of sound build to climactic washes, resulting in a much fuller, dreamier sound, with a massive dosage of ambience.

Tides develops her sound featuring some achingly beautiful piano lines cloaked in windswept and dramatic ambience. These tracks are undeniably dreamy with a textural feel to them; “New Year” and “Tides” are closest to traditional song structures with haunting vocals and heaps of shimmering ambience.  Each track is melancholic, introspective and delicate sounding as if they could just evaporate into the ether and fall back as static rain.

Investigate her sound further and you will be rewarded with music that reveals more of itself with each listen. It evolves and grows becoming more than its component parts, this is Stephanie’s real talent, her ability to create evolving music and sound, to breath life into the digital spheres of the pastoral electronic music she writes.

Ahead of her mix for the show The Jupiter Room asked Stefanie some questions.

The Jupiter Room: Tell us about yourself Stefanie.

Faded Gold: I’ve been producing music for perhaps 6 years now. I’ve had a few breaks in between but it’s something I keep revisiting and I’m continually working on. In my mid twenties I temporarily moved to Montreal where I became inspired by its large creative community and this gave me the push to start composing my own music.

How does Faded Gold compare with your other musical project She Swims?

I’d say Faded Gold is more ambient, dreamy and instrumental whereas She Swims is my alleyway to the dark side. I love the sort of loud music being produced by Blanck Mass, Zamilska, Fuck Buttons, The Soft Moon and I’ve been working on learning new skills in order to create an overall heavier sound. I created She Swims as I feel the sound I’m going for with this project is the polar opposite to that of Faded Gold.

You are an accomplished pianist, are you classically trained?

I took piano lessons when I was a child but decided I’d had enough in my early teens. To be honest I’ve never enjoyed structured learning and I’ve always much preferred teaching myself skills. I spent my teenage years doing art, listening to lots of music and eventually in my early 20s I rediscovered the piano. It was then that I fully started to enjoy playing, improvising and composing melodies.

What is your earliest musical memory?

My very first musical memory is of my first day at primary school. My older brother had joined the school 2 years before me and was a member of the recorder club. I showed up on my first day with a brand new recorder and was told I was too young to join the club. At the time I was gutted.

What did you grow up listening to?

I grew up listening to a real mixture of bands and genres. NME was my bible for a while and I spent a lot of my free time scouring blogs for new music. Musically, two albums that really inspired me were The Lost Riots by Hope Of The States and Funeral by The Arcade Fire. Listening to these two albums made me want to create orchestral sounding music with big crescendos, violins, pianos, the lot.

Where do you draw your inspiration from, both musical and non-musical?

As much as music inspires me, I’d also say I’m very much inspired by art and film. When I write music I always tend to visualise the sort of imagery I feel would match the music and this is something that’s really important to me. I love any sort of movie or tv show that places a lot of time and effort into making the visual and the music stunning, a few examples would be the recent Blue Planet series and Game of Thrones.

When is your favourite time of the day or night to write/ record?

I’d love to record more in the daytime as this is when I feel I’m most productive however I work full time so this limits me to evenings and weekends.

Tell us about the mix youve done for The Jupiter Room. 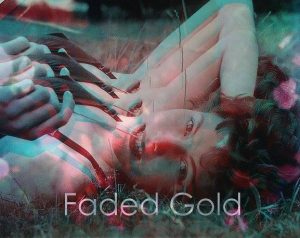 The mix brings together a selection of tracks I’ve been enjoying over the last few months. Some old and some new.

What are you listening to at the moment/who should we be checking out?

I really love the album Pissing Stars by Efrim Manual Menuck at the moment. I’ve always loved Godspeed You Black Emperor and never knew that Efrim (the founder of the band) had been releasing solo music. This album is very godspeed-esque with lots of big instrumental crescendos. I also love the Julie Byrne album Not Even Happiness which is more of a dreamy, folky affair and I’ve been listening to a lot of Pye Corner Audio and Sinjin Hawke.

Describe your music in three words.

Whats next for Faded Gold? Where can you see your sound developing?

I’d like to continue with both projects and see where each takes me. I’d love to venture into the field of soundtrack composing as I feel my music would lend to this particularly well.

When are you playing live next? Any new releases in the works?

I’m playing at Sounds from The Other City in Manchester on May 6th. This will be my first live show for a while and will be a set of completely new material. I’m looking forward to playing the new tracks and seeing how they will work live. I have enough tracks for a new album so who knows. I’d quite like to release an EP before the summer.

Faded Gold on the web: