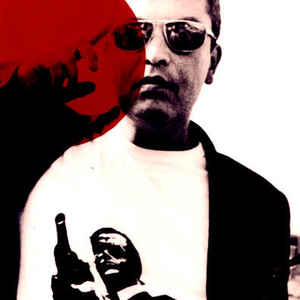 If, like me, you were into Curve back in the day then the name Dean Garcia will be synonymous with wall-of-sound guitars, charging electronics, crashing beats and Toni Halliday’s voluminous vocals. Curve combined so many styles that it became near-impossible to catagorise them; were they shoegaze, industrial, electro, rock, pop, goth, alternative? Well, they were all these and so much more.

Dean Garcia has been producing music for 30 years now and he has remained fresh and exciting with a knack for creating melodic and cascading soundscapes that punch with darker, harder-edged sounds. His music soundtracks drama, no matter which incarnation he is inhabiting. With Curve, swirling sonics were balanced with sharp production and layered arrangements, allowing textures to seep like paint into each other, blurring the lines between instruments as Toni Halliday‘s voice would swoop and climb over the thronging mass. All heady stuff, and it made for a thrilling listen, a joy-ride of electronic pyrotechnics and shimmering strands of guitar.

This formula has been retained and refined with Garcia‘s latest incarnation as SPC ECO (Space Echo) with his daughter Rose Berlin. Formed around 10 years ago, SPC ECO have evolved the sound of Curve and infused it with a deeper groove. The guitars still snap and snarl, the electronics continue to rage and burn with luminescent intensity, the drums still pinwheel and Rose’s voice brims with elemental poise.

Sounding almost like the natural heir to Curve, SPC ECO harnasses the cavernous wall of guitar noise Garcia formulated, while adding electronic textures and beat programming. Their sound has evolved since the debut release 3-D back in 2009; earlier work utilised the cascading guitar sound typical of the dream pop genre, however as each release has emerged blinking in to the daylight, more and more electronics have been sprinkled throughout the albums, pushing the music into darkwave and coldwave territory. These early songs shimmer with diffused sounds and gossamer waves of feedback, all at once woozy and propulsive, seemingly swirling in ever-decreasing hypnotic circles. 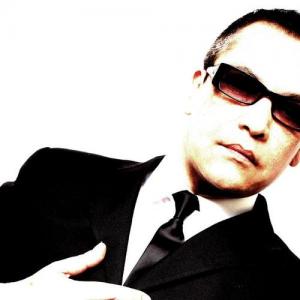 Their latest release Fifteen moves this on, combining a trippy, hip-hop groove with ethereal vocals and woozy production. The overall sound is dream-like with a dead-of-night eeriness. As father and daughter, they are exploring their relationship in a rapidly evolving world through a collection of moods and wistful reflective intonations.

“This album means everything to us. A collection of songs that simply happened to us over a period of the 9 months or so it took to record, during which time there have been numerous uncomfortable, unsettling and challenging changes all around us, not just to our personal real life situations as to where we live, but also to the catastrophe of various unaccountable, blatantly corrupt governing bodies that perch menacingly over us all like death itself,” says Garcia.

“This record is about that, this and the other, a selection of recordings that mean more to us than we can ever possibly know.” He continues, “We do know they’re our escape and energy, the glue that keeps our family together, the means to cope, deal and adapt which all goes towards making it The Heart and Soul of us, which by careful consideration is the first track we’re releasing to introduce this record.”

Garcia has also collaborated with Preston Maddox of Bloody Knives to form S T F U, a vehicle to vent his more visceral and seismic electronic rock that twitches with an industrial energy. Darkgaze, noiserock and electrowave are fused and melded with alchemical energy, with Dean Garcia working from his London studio and Preston Maddox from Austin, Texas. There are hints of electronica throughout their recordings with an emphasis on rhythms, atmospherics and verdant harmonics. In both Y U M 1 and Y U M 2, released in the summer of 2018, S T F U have created music laced with unfolding hypnotic loops and coiling sonics, which gradually unfold into uptempo electronics, trip-hop laden beats, entwining lush noise and shimmering synths. Maddox‘s hazy trance-like vocals seem to phase in and out of the dizzying electronics and fuzzed textures. It is undoubtedly some of his finest work and a collaboration which encompasses the strengths of both artists.

Dean Garcia is prolific, also creating music as Blurred City Lights (with Jarek Leskiewicz), KGC (with Sascha Konietzko and Lucia Cifarelli of KMFDM), Morpheme and M A D (with Steve Monti). He also recently remixed a couple of tracks for shoegaze duo Ummagma.

As well as compiling an exclusive mix of his various releases, Dean took time out to answer some questions for The Jupiter Room: 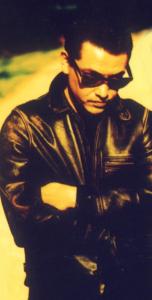 What is your earliest musical memory?
“Lady Madonna“, “Help” by The Beatles, “Paint It Black” by the Stones, “Lucille” by Little Richard, “Rock Around The Clock” by Bill Haley, Jerry Lee Lewis “Whole Lotta Shakin”. I must have heard others but I can’t recall anything having an effect on me like those. Loved the way Jagger swooned, Richard n Jerry Lee used their feet on the piano in the way Bill Haley‘s bassy used to stand on his double bass. I thought yes, that’s fucking awesome.

Where do you draw your inspiration from, musically and non-musically?
All of the above mainly, many others along the way Nirvana, Radiohead, Oasis, Sonic Youth, Burt Bacharach, Johnny Cash, the list goes on n on. Non musically would be Huxley, Orwell, Bergman, Kubrick, Bacon, Hirst, Michael Caine, Ali, Martin L King, Bruce Lee and David Carradine for the Kung Foo series. The Prisoner, Bond, Freak Brothers and whoever wrote the head shop guide Alternative London.

SPC ECO is your electronic darkwave project with Rose Berlin, could you take us through your writing process?
The general recording process is I make a piece of music that I feel Rose might connect with, I play it to her at the same time as she sings (records) a pass or two of voice which is in the moment, ie, no preconceived ideas or lyrics, purely on the fly then and there, it either works or it doesn’t, if it does we develop the original ideas and shape n form them accordingly to a point where we both go, yep that’s done. 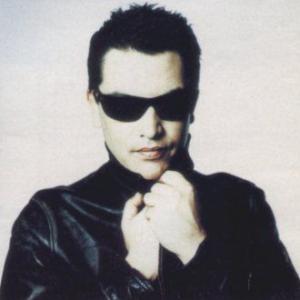 How has your creative process changed over the years (if at all)?
More or less the same throughout, I get something I like via whatever means possible, no rules no boundaries, (which is more difficult than it sounds) to then present them to whoever it is I’m collaborating with. I have always worked closely with vocalists as I enjoy the combination of feels you get from merging the two, as well as the being able to finish the idea as an actual song, I like songs, always have, I dig instrumentals too but there’s more (mostly anyways) scope and reach within a song.

Tell us about your studio setup. Do you use hardware, soft synths, DAW or a combination? Does this differ to your live rig?
Basic Pro Tools (old system) Digi 002, very old NS10 speakers, Boombox blaster (old) for sub sound n vibe, very basic amp I bought from the local electric shop for £30 of which I had to replace recently via eBay for £30 as the original got a bit too crackly due to dust and age (30yrs) I think. Various pedals (basic boss ones n a few bespoke I’ve acquired over the years, including an old amp box that I use on everything. A 70s Sting Ray Bass (Black) strings are currently 5 years old. Jazzmaster guitar from the 60’s Minimoog, Ableton, and Reason along with a few basic plugins. That’s about it. Very basic and functional. I dig proper big studios but always prefer to work on my own in a small room with the bare basics.

What are you listening to at the moment?
Not much, I can hear 15 being played through the wall by Jools, I’m not a keen follower of new music like I once was, I’m content with what I already know. Any new music or sound comes to me more by the way of film, the last great thing I heard was the soundtrack to The Favourite by Yorgos Lanthimos. Also, I’d love to meet Olivia Colman, Emma Stone and Rachel Weisz for a barrel of laughs and disgracefulness.

Tell us about the mix you’ve done for The Jupiter Room Transmissions.
What’s to say other than I love all of the tracks submitted, moody as fuck, thoughtful, escapist, mesmeric. They make me feel something that I don’t fully understand, hopefully that comes across to others, like a wash of familiar weirdness. 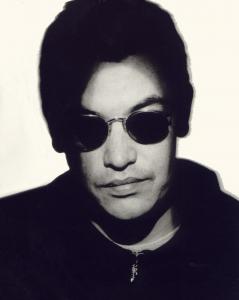 If you could make music history, how would you do it?
Exactly as I have been doing it.

Your work with Curve and Toni Halliday has endured, how do you look back on this period in your career?
Similar to the way you look back at any involved relationship, full of everything you love along with everything you don’t. A full cycle of all emotions, that are just another piece of a puzzle, it morphed, it broke, it was exciting, it broke, fulfilled and not, I wouldn’t change anything about it.

How have you evolved as a writer and performer since you started out?
Naturally evolved and continuing to do so, I don’t know exactly how when why or where these transitions are or how they form and influence which to me is the reason for exploring music and sound in the first place. Just fucking do it and allow all your moods and emotions good n bad twisted or not the space to breathe and explore is all I know and want to know about it.

You also record under the guise of S T F U with Preston Maddox, could you tell us about this?
Yes, Preston is awesome and we both enjoy working with S T F U very much, it’s a collaboration that must always be tapped into no matter when what how etc, I feel the feeling is mutual for us both in that we simply enjoy the process and outcome, no agenda, no goals or expectation. It’s all about the pure musical connection.

Which other projects do you have in the pipeline?
More of everything and maybe something new and marvelous is all I know.

What’s next for you?
Apart from death, I think a gentle walk to the local castle n back with Jools is next.