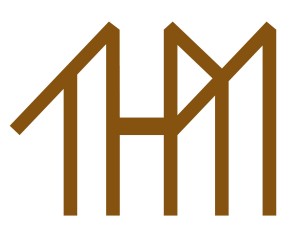 Previous Fourculture feature Grégoire Fray (Thot) has spread out his wings for another musical adventure.

The Hills Mover is Grégoire’s take on the acoustic world. For those who are fans of Thot, do not fret as he has not lost a single touch of that special haunting element. Grégoire states that The Hills Mover found its origins in personal mythology and develops itself through aerial songs based on a minimalist sonic architecture. With the solo EP due to be released in May, The Hills Mover dropped the first single entitled “Relieved” for the world to get a taste of what lies ahead.

The song opens up with a heavy pulsating synth-like sound and the spoken word of Milan Kundera. Next thing you know you’re punched right in the ears with a heavy, angry acoustic guitar which gives an air of darkness and anger encompassing the song. “Relieved” introduces The Hills Mover journey, across drowned landscapes littered with water-tower cadavers. With every lyric you’re introduced to another picturesque element of the story. For those who are familiar with Thot, you will not be disappointed with each story told. With each song that lays ahead it’s as if you’re living through the eyes of The Hills Mover. With the acoustic edge you get this new deeper emotional layer to Grégoire’s music that is an exciting new experience for new and old fans alike. As with every story that he writes in song, we cannot wait for what the next page of the Hills Mover story has written.

The Hills Mover on the web: