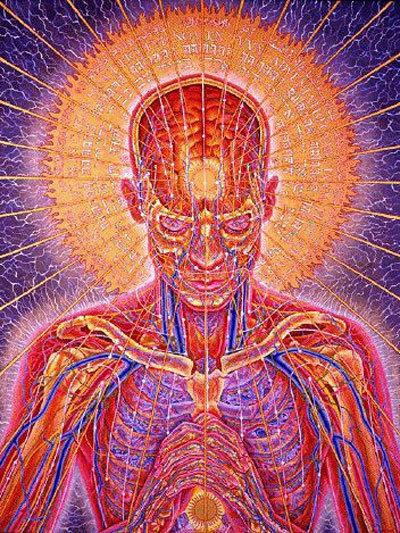 The human body is more amazing than you think, assuming I know anything about how you think. This mortal shell, as Shakespeare called the human body, assuming he thought people in his era would know what he meant, continues to fascinate people who don’t understand they are the consciousness within a complex creature.

Each human body includes 27 feet of intestines. Stretched out, they reach 18 feet, nine inches higher than Sultan Kosen, the world’s tallest man. However, when stretched out, human intestines cannot function.

The human mouth is lousy with germs. Usually, there are more bacteria in one human mouth than there are people on Earth. So, in theory, kissing any human on Earth can mean an alarming exposure to germs. Yet, that plethora of putrid microbes never truly conspires to cause significant discomfort in any oral activity, with the possible exception of reading Rod McKuen poems aloud.

Speaking of germs, the belly button can collect them by the thousands. Fortunately, once a belly button is tucked and tied, the thousands of germs settling in the area never get a crack at invading the bloodstream. One of the major breakthroughs in civilized mankind took place when humans decided twisting the severed umbilical chord into a knot was important to keep a person’s innards intact. Countless newborns died within an hour before the belly button concept was created, since none of the important organs people needed to survive had the ability to stay in the body for long once the connection to the host (mother) was chopped off.

An ass, known as a gluteus maximus, is the largest muscle in the human body, even when it takes the pleasurable shape of two hard grapefruits.

Most common house dust consists of human skin cells. Over a pound of dead skin cells are shed from a body each year. The body identifies skin cells that are non-functioning, yet lazy skin cells that appear to be doing nothing to contribute to the skin’s positive functions can fool it, so live skin cells may be discarded as well. When live skin cells are mixed with dead skin cells in clumps of dust that line the bottom of a bed or hide behind dressers, nightstands and bedroom chests, legend has it that they can take the form of a terrifying creature with razor-sharp spikes on its spine and deadly predator teeth that drains the life out of goats, sheep and cows by sucking every drop of their blood.
Finally, there are distinct differences in the bodies of men and women but nothing so much as to stop them from successfully inserting any part of each other’s body into the other one’s body.

Finally, there are distinct differences in the bodies of men and women but nothing so much as to stop them from successfully inserting any part of each other’s body into the other one’s body.

Written By
Frank Cotolo
More from Frank Cotolo
I’m smack dab in the middle of a few things. These are...
Read More