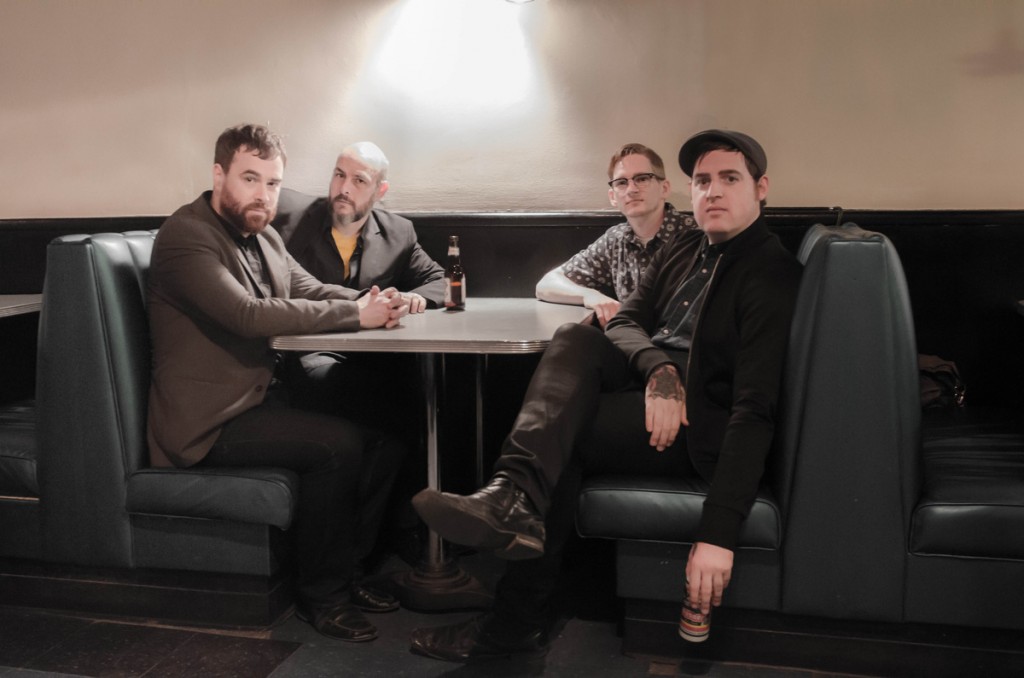 The Autumn Stones have released their second single of 2014, “Get in with the Out Crowd”.  The Toronto quartet have already impressed this year with the epic “End of faith” (released in April), which is a rewarding journey taking in the better, more atmospheric elements of psychedelia and shoegaze.  This time around though we get a more instant, catchier number which shows the band have plenty of ideas and will whet the appetite for their second album Escapists which comes out later in the year.

July is the perfect time to release this with its upbeat guitar and brass lifts initially recalling The Rumble Strips at their catchiest.  While the title and style alludes to classic mod and soul, Ciaran Megahey’s voice is more delicate and adds a romantic air to the song making it sound more like The Style Council with Wild Beasts-esque vocals.  As he croons the title in the chorus you are seduced rather than bullied into going along with it.  Songs about outsiders and not fitting in are common in music history but rarely do they have such an uplifting contrast in the music.  Outsider or not, if this is on your headphones you will be finger-clicking your way down the street with a swagger that’ll be the envy of friend or enemy.

The Autumn Stones describe themselves as dream-pop which may suggest that the first single is more an indication of what their new album may sound like but as a standalone song “Get in with the Out Crowd” will conjure up nostalgic images of summers past and present without the need to apply an Instagram filter.