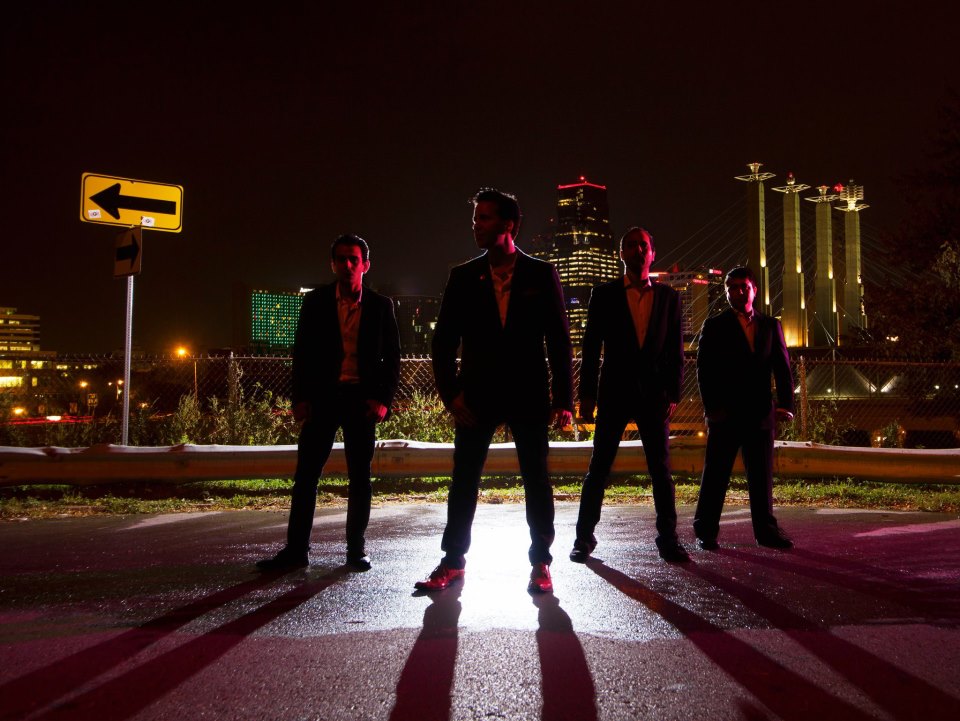 Music is one art form that takes a lot of patience in order to make it to the top. It takes time to build up a fan base and get your name out there. You could say it takes time to build up your band. Yet for Kansas City, Missouri band The Architects, they’re building more than just a band.  They’re building their destiny.  The band, consisting of Brandon, Adam, Zach, and Keenan, are no strangers to the ups and downs of the music business. As their band, The Gadjits, broke up in 2004 they all pressed forward to become a band that is forging the foundation of what real creative punk rock is supposed to be. With their July 16 release of Border Wars- Episode One they’ve only begun what should be an exciting journey for concept album fans across the world. Not only that, there are five more segments of the Border Wars series to be had within the near future. Yet, the album isn’t just a “concept album”; it’s more of a soundtrack as the guys are releasing comic books along with the EPs in order to allow the album to really unfold before your eyes.  This is an album that is going to keep you strapped to the edge of your seat wanting more. The Border Wars series is sure to please fans of all forms of rock. Hold on tight, Border Wars has only just begun.

When you open up the EP you’re greeted with a very intense starting track entitled “Peter Fonda.” The song is the greatest example of punk influences throughout the record with intense vocals and a heavy heart-pounding beat (I’m actually out of breath listening to it). This is not a track for you wimpy punk fans (I’m expecting hate mail for this) namely your “MTV punk” kids.  “I was born with these boots if you know what I mean.” Oh, we do! This song is one for pure ass kicking and adrenaline junkies out there.

The EP ends with a great cliff hanger making you beg for the next episode of the series.  The track, called “The Shivers,” has a very creepy lyric that keeps running through the song “Give me the shivers, give me the shakes, give me god damn creeps”. It leaves you wondering what in the world is creeping out Brandon Philips’ character in the middle of the night. Yeah, the night can be a creepy thing but what in the world is out there?  This is further accentuated by the goose bump inducing guitar licks in the middle of the song that make your heart jump right out of your chest just like you’ve been running from the most ferocious thing in the forest.

It will only be a matter of time until we see what happens next in Border Wars. We certainly can’t wait for the next chapter.

The Architects on the web: