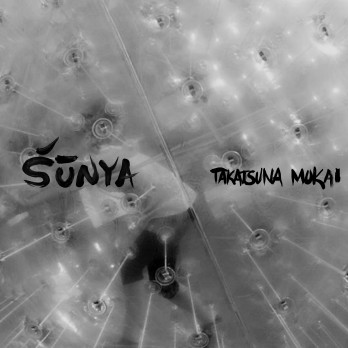 Takatsuna Mukai’s resume reads more like the CV of an eclectic School of the Performing Arts than the background of one individual.  Reviewing his wide-ranging experiences makes one thing perfectly clear: Takatsuna Mukai is a multi-disciplinary artist possessed of an extraordinary and genre-defying talent.  An accomplished musician (electric violin, electric guitar, bass guitar, synthesizer and programming), composer, writer, producer and performer, Mukai is able to move effortlessly across the worlds of music, theater, film and art. His body of work is as diverse as it is impressive.

Since first moving to London in 1991, the Japanese born Mukai has successfully worked on a multitude of music-related projects: he has collaborated with artists and performers including Timothy Turnbull, Phil Dirtbox and Malcolm Poynter; performed in the electro-punk-rock extravaganza of Gob$au$age and Ten Minutes With My Dad; worked with SDNA on audio-visual installations; and collaborated with Studio Lila and Dragan Žlvadinov, among others, in European avant-garde theater and dance.  And as if that were not enough, Mukai also has television and film credits that include roles in the horror film, ‘The Grudge III’ and the feature film, ‘Night Train.’

His current project, the recently released album ŚŪNYA, is an exquisite collection of twelve (12) collaborative tracks co-written and performed with an international array of artists from diverse musical genres.  Mukai set out to create an album that would coalesce seemingly disparate works around a unifying concept.  Upon choosing the Sanskrit term Śúnya – meaning zero, a void that occurs as the result of an entity infinitely bloated – Mukai began working with his guest artists on their tracks.

Between Fall 2012 and Summer 2013, the album was composed, recorded and mixed in Italy, Croatia, Germany, Sweden, and the UK.  As Mukai had hoped, his guest artists and collaborators brought their own perspectives and interpretations to the project and the resulting tracks are unique and thought provoking.

Using his multi-disciplinary experience as the thread, Takatsuna has woven thematic continuity through twelve tracks written in a variety of languages and musical styles.  What could have become a wildly disconnected potpourri in the hands of a less talented artist is here, an exquisite cohesive contemplation about the nature of emptiness in a materialistic world. Each track contributes a distinct voice – post-punk, electro, ambient, jazz, industrial, classical — that Mukai masterfully blends into a glorious conceptual harmony.

While this album’s roots are firmly planted in post-punk, Mukai fearlessly pushes at those boundaries, allowing the artists to play outside the rules and thereby giving us a fresh, captivating and thoroughly addicting work.  It is also a perfect vehicle to showcase to a wider audience the immense, multi-disciplinary talent that is Takatsuna Mukai.