Swimming With Bears describe themselves as a soulful alternative rock band from Cibolo, Texas. The group’s four members randomly met at a liberal arts school in Seguin, Texas. They have been making music together for four years – writing songs, playing shows, and recording tracks for their upcoming album, Paw. Originally known as Daily Departures, the band consists of Alec Conte on lead guitar and vocals, Joe Perry on lead vocals and bass, Jonny Boy Kerr on rhythm guitar, and Ryan Hannasch on drums. In reference to their name change, Alec said, “People responded more to Swimming With Bears,” and according to Jonny Boy, “Everyone can listen to our music and enjoy it. Our lyrics are more catchy than Daily Departures’ was.” 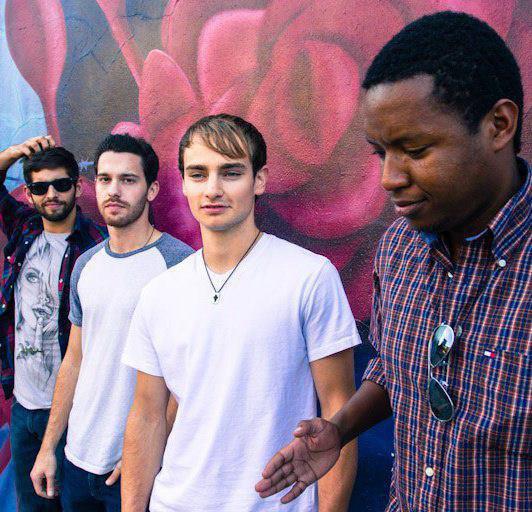 The band released their debut 5-track E.P. – Our E.P. – on March 20th, 2012, featuring the original versions of “Love From Afar”, “Special 148”, and ”Come On Home”, as well as two songs not appearing on the full length: “The One” and “This Time Forever”. The E.P. is currently available on their BandCamp page for $5 and can be downloaded in several formats.

Swimming With Bears launched a Kickstarter campaign to record their first full feature album in December of last year. The project was successful, meeting its funding goal in February of this year, and the album should see a release in the coming months. Paw, currently in the final stages of production, was recorded in a studio in Texas, with the help of producer, engineer, and bassist for Blue October, Matt Noveskey.

The group has compared themselves to the likes of Kings Of Leon, Band Of Horses, and Temper Trap, and lists other influences as Explosions In The Sky, This Will Destroy You, Phoenix, The XX, Modest Mouse, Muse, Death Cab For Cutie, and Mumford & Sons. They are good friends and lead singer Joe says, “When we sit down and play something, writing songs comes really easy.”

These “genius melodic fools” have spent the past few years perfecting their unique sound, even switching lead singers after their name change, noting that, “People really liked that Joe was singing because his voice is a big shocker.” Originally exclusive to bass, Joe now offers lead vocals in addition, and has added a new feel to the band. Their new sound and attitude sets them apart from their initial emergence as Daily Departures. Joe stated that, “Playing [bass] and singing at the same time is no easy task and I still am no pro or even a good amateur at it. But I think as of now I can handle it nicely, at least enough for my band mates and the crowds to enjoy.”

At eleven tracks and just under forty-five minutes, Swimming With Bears’ debut album, Paw, will not disappoint. “Love From Afar” (which has been tentatively named as the first single) is one of the album’s slower songs, but does not lack in catchiness. “Come On Home” is a personal choice for most single-worthy; the track showcases Joe’s vocal range as well as offering one of the album’s most memorable songs. Other tracks worthy of radio play include “Special 148”, “Featherweight”, and “Without A Plan”. In the latter, the band admits, “Oh, we’ve got something, but out of nothing, without a plan.” Swimming With Bears may not have an ultimate plan, but they definitely have something.

They have soul and they “bear” it in their music.

[Paw can currently be streamed in full on the band’s SoundCloud page.] 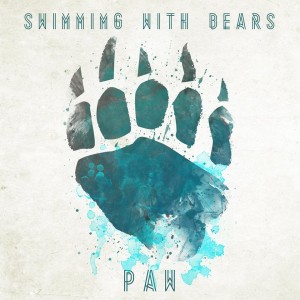