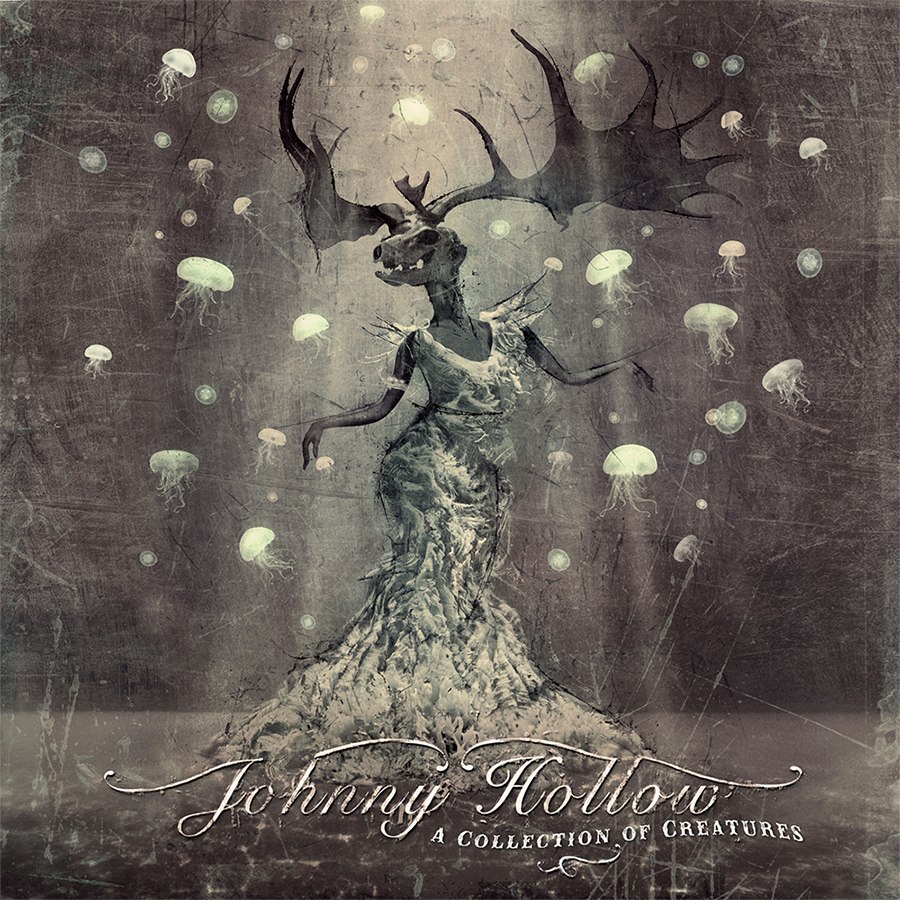 “Come a little bit closer” haunts the lyrical band in the first song after the intro, as though you would even have a choice.  Every stroke of a keyboard, each strum of a string, every beat of percussion draws you into the beauty of Johnny Hollow’s newest album, A Collection of Creatures.  The album was delivered on January 21 from this group of in-house musicians with the complete support of fans. Through an indiegogo campaign with the slogan “No Middle Men. Just Fans!” the band raised well over their original goal toward the production of this album.

Listening to this album, it’s impossible to believe that this isn’t a studio masterpiece. The various sounds of intricate instrumental melodies and pumped up music, as well as the delicate overlay of vocals speak to a painstaking and professional expertise and perfectionism.  The band is appropriately defined as “Gothic Chamber Music for the 21st Century” on their Facebook page. Comprised of the Toronto based quartet Janine White, Kitty Thompson, Vincent Marcone, and Steve Hiehn, the songs evoke the darkest part of the human soul, such as in the song “Devil’s Night” which speaks to being invited to the devil’s chambers.  As they sing the melodic “Don’t you know you want it”, you can’t help but feel exactly that: you want it.  You find yourself wanting to experience the depth of this music.

Tremendously beautiful strings take the lead for many pieces including the song “I Am the Island”, an inviting song of protection to all who dare to come aboard.  The cello draws on your emotion like a string, twisting your mind to obsession and a need to pursue.  Tribal beats invoke primal instinct, taking you to the animalistic, if not ritualistic, side of your conscious spirit. “Great White Shark”, another song written and recorded with liberal use of orchestras sounds, takes a unique and opposing feeling, luring you to be captured by this masterpiece.

Sprinkled with instrumental pieces that haunt and seduce you, this is an album that everyone should give a listen to. Each song takes you deeper, craving more until, as the song “Firefly” demonstrates, a light burns in the dark.  The music throughout this album presents an incredible and vast harmonic landscape against which the sometimes delicate and sometimes dark lyrics play in the foreground.

Surrender yourself to madness and insanity.  Take a walk through the beautiful melodic journey that is Johnny Hollow’s A Collection of Creatures.  It’s an experience you won’t regret, as long as you’re willing to give yourself over to primal love with this trip through seduction.

A Collection of Creatures is available here.