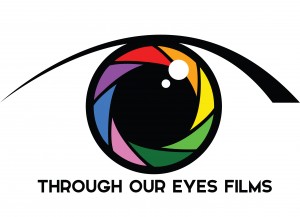 In the wake of recent changes to the political map of the UK, the new film from writer/director Gavin Scott Whitfield is particularly timely.  His previous short films have focused on those unheard voices, those stories from the edges of society that are so common but yet go unreported and forgotten.   In an age of rising poverty and uncertainty these common themes of inequality, adversity and sacrifice are especially poignant.  New film “Murderous Injustice” is another thought-provoking piece offering a unique take on a hate-crime and this time he has turned to crowdfunding meaning that you can help ensure that HIS voice can be heard in telling this story.

Through the independent company he set up (Through Our Eyes Films — an unpaid collective of graduates looking to make their way in the film industry) he has set out to make a film based on a real-life murder.  Without wishing to reveal too many spoilers, a man commits a senseless act based on a prejudice and is filmed in real time over 15 minutes.  Shot in Liverpool, the film will take in the build up, the actual violent incident and the immediate aftermath as a single-take dramatic piece.

Gavin reveals that the main challenge with this idea was to “distil everything we need to know about this man — or at least hint at what he is — in order to see that his senseless act has a history. That means we have to get inside his mind very quickly, express visually what interests him, understand him through his dialogue, and so on.”

“Murderous Injustice” is a powerful film which tackles intolerance and immigration but it isn’t entirely centred around the perpetrator. Gavin says “This film should say as much about a community’s malaise as it should the sickening conduct of the antagonist.”

Written By
Paul Davies
More from Paul Davies
How was July for you? Thirty one days gone in a flash…...
Read More