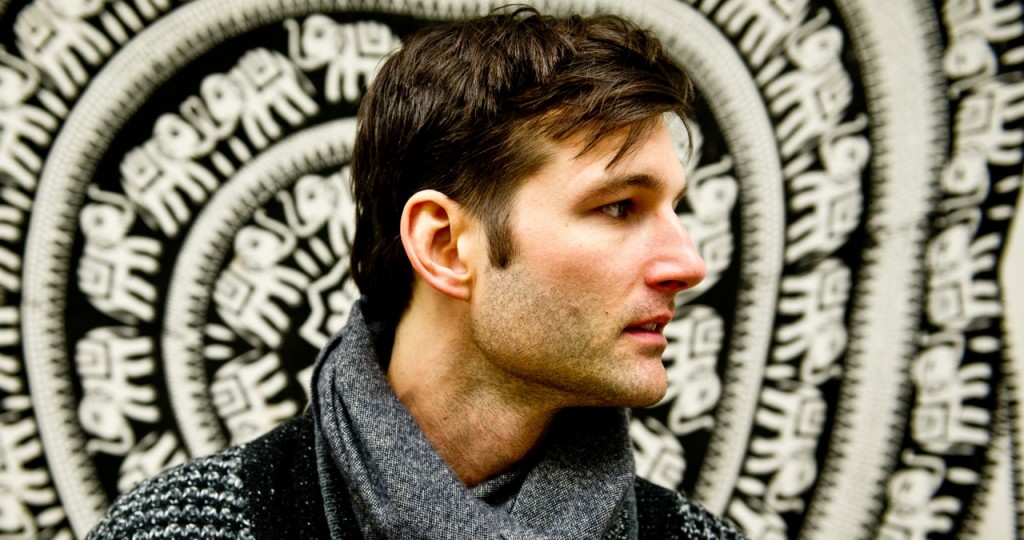 With the world moving so fast around us and horrific news hitting us through millions of outlets each day, there are moments when we forget to stop and smell the roses.  Sometimes it takes really great music to remind you of the importance of enjoying the world around you. One artist who has shown us that it’s okay to pause and chill out with a Whiskey and Coke is Maine native and Brooklyn based singer/songwriter Zach Hurd. We had the chance to pick Zach’s brain about his music and what is coming up for him in the near future. So grab a whiskey and coke or your favorite beverage, sit back and enjoy a moment with Zach.

When having the chance to listen to your last EP She Never Sleeps (produced by Robert DiPietro, who has also worked with Norah Jones & Josh Rouse) you have this real folk-meets-pop vibe that carries out through the album along with your acoustic guitar. Who inspired your love or drive to write and play music in that genre? Who are some of your musical influences?

I get inspired by all kinds of music but I really like hearing a well-crafted pop song.  Two songwriters I’ve learned a lot from listening to are Beck and Paul Simon. They’re always exploring new sounds, but a lot of their songs still sound great when you break it down to just a voice and acoustic guitar. Those are the kind of songs I want to write. 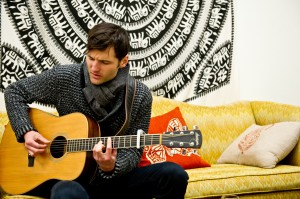 We know we’re late to the party when it comes to your stunning video for “She Never Sleeps.” It seems to be very personal. What was the inspiration to open up with that autobiographical intro? Is that walk in the video symbolic to you in anyway besides walking back from the train home? What does the video mean to you as you move forward?

Ramon Goni, of Downtown Love Productions, came up with the whole concept and shot it. The idea was to give an intimate snapshot of me at home and in my neighborhood. Keeping it simple. I really love the work he did.

My last EP was self funded which gets difficult with all the other aspects that come into play when making an album: mixing, mastering, musicians and duplication. By the time you’ve finished, you don’t have much left over so that you can pay to go on the road and promote it. This will be my first time doing a crowd-funded campaign but I’m really excited about it. I’ve got a great group of creative people working with me too. Donors will have the chance to get a limited number of vinyl copies as well as a limited poster by artist Jon Santoro (of Strong Sauce Studio here in NYC), among many other gifts. I think crowd-funding also creates a lot of positive energy around the whole project. 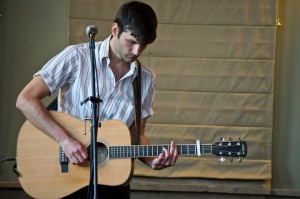 By the looks of it, you haven’t done many solo shows on the west coast. Do you have any plans for any extensive touring after the release of this crowd funded album? Any specific locations we could expect you at?

I’ve never played on the west coast! This is one of my goals after the release of the album. I really want to get over there. I’ve been wanting to for a long time. No specific venues at the moment but it is in the works.

You must have learned a lot while transitioning from your hometown in Maine and now basing yourself out of Brooklyn. What have you learned out of making that transition that you’ve applied to your music career? What advice would you give those wanting to pursue their dreams when they break out of the small towns?

I think the city has opened me up to a lot more culture. There’s easy access to great art and music, among so many other things. You can’t help but be influenced by it. At the same time, there are still things I definitely miss about my hometown, like having space and being close to nature. Those are tough things to come by here. I think I enjoy knowing what both places are like to live in and this definitely comes through in a lot of the songs on the new album…the idea of city vs. small town living. For advice, I’d say meeting other musicians and learning from them has been really helpful for me. You’re all trying to do the same thing, so it’s great to be near each other. It’s helped me get clarity on who I am as a performer and songwriter…which I’m still figuring out. But I guess that’s why I love doing this.