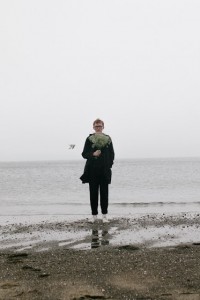 You don’t expect songs written while a teenager to stand up. Especially songs about love.

However, Lontalius (real name Eddie Johnston) is about to release his debut album which contains ten songs just like this.

I’ll Forget 17 captures the essence of heartbreak, uncertainty, and self-discovery. It’s a gorgeous mix of smooth, polished production over lyrics that are delivered with a delicate lo-fi fragility.

It’s minimal and simple, yet compelling. Frustrated sentences loop on and embed themselves in your mind, spliced with muddy delays and whispering harmonies to further kick them into your subconscious.

‘All I have to offer is my love….it’s not enough’
‘I know it’s not me, but I can’t stay selfless anymore’

Lines like these form the centrepiece of songs where the music builds gradually, keeping the interest when the vocal drifts in and out.

It shows that you don’t always need so many words to express the feelings and sometimes the simplest of sentences are enough. It’s Emoji-free teenage emotion which actually explores feelings that are relevant to all ages with an underlying maturity throughout.

Lontalius is at his best when he is dark and slow. “All I Wanna Say” follows the normal patterns of loop and repetition through building sounds and smothered percussion and “Light Shines through for dust” is murky deep drama with a soft woozy vocal.

There are hints of more uptempo leanings with the more accessible sounding duo of “My Dreams are Dark” and “Glow” coming along mid-album. Yet, it is “It’s Not Love” which follows them that is an album highlight, reverting back to simplicity and repetition.

Written By
Paul Davies
More from Paul Davies
When left alone in dark underground caverns it’s sensible to have a...
Read More