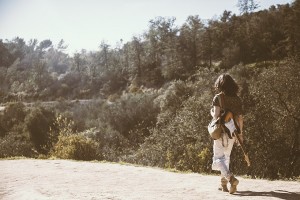 LA-based artist, Stephen‘s previous single “Crossfire” sent heavy ripples through the blogosphere and his follow up looks like it will create a buzz of tidal wave proportions.

“Sincerely” begins with some glorious, epic atmospherics with a lush storytelling vocal.  For the first couple of minutes you get a production so shiny and new, it’s like it’s just stepped out of the salon with all the components smoothly slotting together.

But you’d be a fool to settle because there’s mischief afoot.  Throughout the song you get twists and turns in mood, with the vocal going from moody deep to soulful with the odd spoken and rapped line or two thrown in.

There’s plenty of musical ideas thrown in, as mixed up as the world he is singing about, and maybe too many for a single but it showcases Stephen’s ambition and talent for production and just when you think the song is winding down, you get a guitar solo.

So there are great bits and there are weird bits but overall you get an oddly compelling single which highlights greater depth on repeat listens.

Catch him on his forthcoming dates with Communion, and his album comes out on 26 April.

Written By
Paul Davies
More from Paul Davies
In the early 90s, we are told it was grunge that killed...
Read More