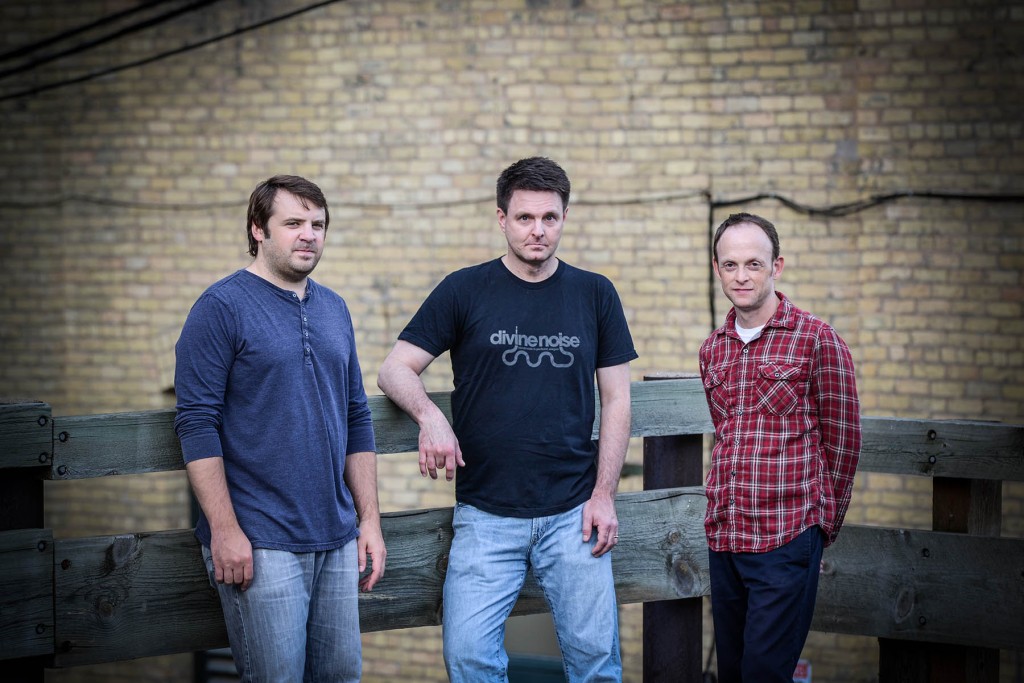 It is always nice for a reviewer to have the description of the band’s guitar sound summed up so neatly for them in the title of the release.  Drive Drive Delay is, judging from the EP artwork, the sequence of pedals that Drew Forsberg’s guitar goes through to get the sound that dominates on the five songs on offer here from the Minnesota trio.

With this in mind, along with The Persian Leap’s self-ascribed ‘noise pop’ tag, you fail to expect the melodic vocal harmonies that run throughout, like a cross between early Teenage Fanclub and XTC.  While the guitars bleed into blurred territories, the vocals sit at just the right side of audible to provide enough clarity for those of you wishing to sing along.  Overall it creates a wall of noise that was threatened on the more melodic Praise Elephants EP which came out last year.

Opener “Fire Starter” is simply a 3-verse affair which recalls early Dandy Warhols with a flicker of The Ramones.  Not surprisingly it is a song about starting fires, but the opening line ‘Let’s seal all the exits’ may have live audiences nervously looking over their shoulders before they feel comfortable enough to ‘dance across the embers’.

The rest of the songs follow suit in a college rock/early 90s indie noise vein, relying on the hooks of harmonies and big guitar sound rather than catchy choruses.  “Truth = Consequence” is the pick of the songs, a gradual build up of guitar breaks stomping around a set of verses with an irresistible nursery rhyme simplicity.

It’s not all about short bursts of noise.  Final song “Permission” still has that guitar sound driving over the surface but has more of a conventional structure, and at double the length of the other songs seems almost anthemic and a good way to round off the EP.

Drive Drive Delay is a controlled fuzzy chaos and a worthy listen for anybody wondering where all the feelgood guitar pop went.