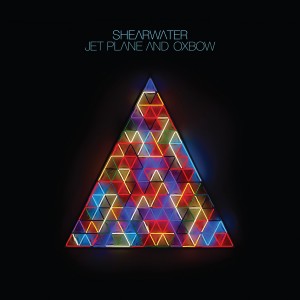 Shearwater have entered the august pantheon of being one of ‘those’ bands for me.  One of those happy happenstances, in the discovery of which, will always be indelibly written upon my memory.  Perhaps I should explain….

I was at a music festival in 2008 when I bumped into a rather drunk girl from Blackpool.  During the course of our conversation she asked me whether I knew of a band called Shearwater, who happened to be playing that same evening.  I replied I hadn’t and she proceeded to excitedly tell me about a trip driving across America she had made with their album on repeat.  Although quite worse for wear, she spoke with such passion about this band and their music that I vowed to check them out.

They were due on the smallest stage around midnight.  They were quite late as far as I recall, so much so that many people had got bored and moved on elsewhere to find something else to do.  However, once they made the stage it was just one of those festival moments.  There is nothing quite like connecting with a band’s music, especially when you have no expectations  and the wave of created music gives you a thrilling ride before depositing you safely on the shore.  I walked away from that gig with a firm resolve to spend some hard earned cash.

I mention this as way of an introduction because I have always felt a little disappointed when I have listened to one of their albums.  This event is almost so perfect in my memory that it is almost impossible for any recorded material to live up to that feeling.  It is as though my brain thinks I should experience those emotions every time I listen to something of theirs.  I am glad to say that this new album comes closest collectively to recreating that feeling.

Jet Plane And Oxbow is due for release on January 22nd and is their second full length album on the Sub Pop label and their ninth album via various record labels. (Not including self released albums).

Shearwater were first formed in Austin, Texas in 1999 by two members of Okkervil River – Jonathan Meiburg and Will Sheff, mainly as an outlet for the more quieter songs they were writing.  In 2005 the pair split leaving Jonathan in creative charge of Shearwater and Will of Okkervil River respectively.

For this album multi-instrumentalist and songwriter Jonathan has teamed up with producer/engineer Danny Reisch, whom also recorded 2012’s Animal Joy album.  They have spent two years putting this together with contributions from drummer Cully Symington and stalwart Shearwater associates Howard Draper and Lucas Oswald. Abram Shook, Jesca Hoop, and Jenn Wasner complete the ensemble with percussionist and film composer Brian Reitzel (The Virgin Suicides/Lost In Translation/30 Days Of Night) adding their vision to the mix.

So what of the album itself?  The first thing to strike you, especially if you have heard previous offerings, is that this album feels ‘pacy’.  There is a strident urgency permeating the songs here.  That is not to say the album feels rushed, more that there is a collective driving rhythm urging the listener on, as if galloping atop a horse.  For a band that made their reputation on ‘slower’ material this is quite a departure indeed.  For example, listen to the driving bass line of “Filaments” which is reminiscent of Radiohead’s “Bodysnatchers”.

There are eleven songs in all, averaging around the four and a half minute mark, allowing each song space to grow and provide drama.  The songs blend together very well, possibly due to the influence of Brian Reitzel, and provides the listener with his/her own personal soundtrack.  There are a lot of strange electronic noises to be enjoyed, all cleverly mixed and crafted with the usual suspects of musical instrumentation.  Jonathan’s voice is also in fine form.  His almost ‘classically’ sounding vocals tempered by a passion and urgency which really does remind me of why I fell in love with their music in the first place.

Highlights for me include “A Long Time Away”, “Filaments”, “Glass Bones”, “Radio Silence” and “Stray Light At Clouds Hill”.  This last track finishes the album off triumphantly. It’s a mood piece of a more reflective tempo, more in keeping with their earlier work and acts as a lovely, relaxing come down from the drama of the previous tracks.  The first single chosen from this album is “Quiet Americans” which by no means is a bad song, just a strange choice for me as I would consider it one of the less interesting tracks.

In overview this is a great album.  A perfect jumping on point for the band if you have never heard their stuff before and an album containing enough change while keeping the core values for those of you with previous offerings. Definitely, in my opinion, Shearwater’s strongest collection of songs for a while.  They are due to tour Europe in February and USA in March. On the strength of this album it will be a good tour to go and see.  If you go and bump into a drunk girl from Blackpool, tell her I said ‘hi!’