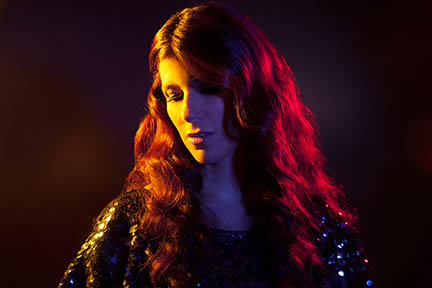 The name Shana Halligan may not look familiar to you upon first look, but she is anything but an unfamiliar face when it comes to music. In January, she released her new single “Hurricane,” which was synced to YouTube’s Youth & Consequences trailer, which currently sits at over 1 million views. Shana also just wrapped up an appearance on Season 14 of NBC’s The Voice, along with placing two songs in the recent Peter Rabbit film – including a duet with James Corden.

“Hurricane” eases you in – starting with a haunting hook and seduces you as it transitions into a chorus that makes you feel as if you are floating in a dream. Halligan’s soulful vocal ability almost puts you in a trance. But don’t let the beauty of the instrumentation fool you – there is much pain in that soulful, flowing voice and the words emitting from it. “Who’s the one to love me when you’re gone?” she sings. I think we can all relate at one point or another in our lives.

Keep an eye out for Shana Halligan this summer, as she’ll be busy with her many endeavors, including an exciting collaboration with Thievery Corporation. Be sure to keep up with Shana on Facebook, Twitter, and Instagram.

Written By
Alex Rago
More from Alex Rago
Sophia Bromberg may be a name you’re quickly becoming familiar with. She...
Read More