ScreamCreature, an alt/indie rock band out of Chicago, released its self-titled debut EP at the end of May. A passion project of Chris Culos, founding member and drummer of O.A.R, his brother Robert Culos (vocals, guitar) and Danny Chaimson (keyboards, multi-instrumentalist), ScreamCreature is alt/indie rock at its best.

Making music was something that Chris and Rob Culos had always talked about doing, but when an all night writing session over a bottle of wine resulted in the song “Stand and Scream,” they knew they really had to work together. With Chris touring over 200 days a year with O.A.R. however, there was little time to do something more.  Finally, Chris asked Rob to travel to Chicago so they could write and record in a studio there. It took recording in several different Chicago studios over the course of three years, but “Stand and Scream” is now one of the six official tracks on their debut EP, ScreamCreature.  And with the addition of Danny Chaimson at the start of the recording process, ScreamCreature went from being their dream to a reality. 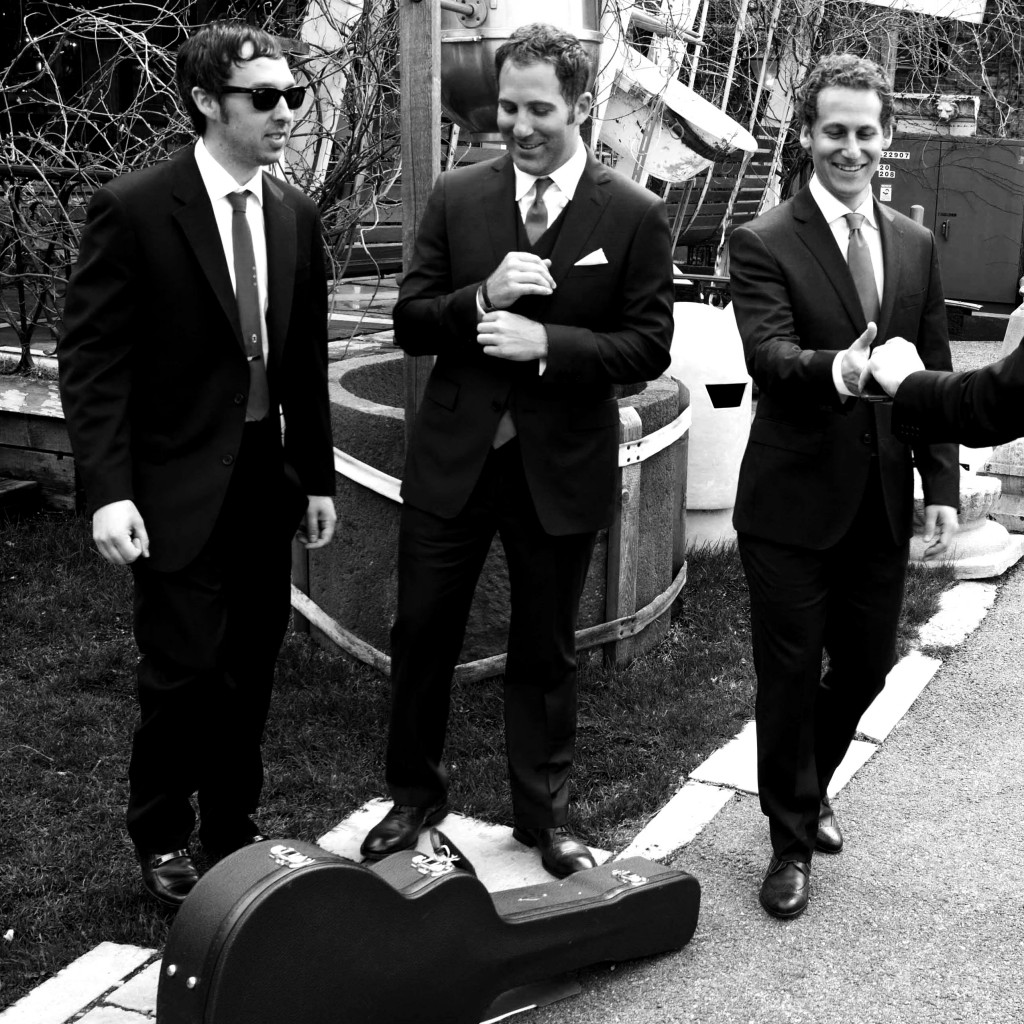 Although both ScreamCreature and O.A.R. were conceived in the Culos’ basement and Rob learned to play guitar while watching the band practice there, ScreamCreature is neither imitative nor derivative of O.A.R.  Rather, ScreamCreature has created a unique and awesome sound that is distinctly their own.

It is evident that this music was created from a place of passion and not from a concern for profits.  Three of the six tracks on ScreamCreature are over 5 minutes in length – far more than the 3-minute pop single model favored for commercial radio airplay.  Yet none feel self-indulgent.  The EP has a retro rock vibe to it, with lots of electric guitar and distortion in the mix, as well as vocals that have an almost folk-rock feel.  The addition of synthesized sound brings a little progressive rock/synth-pop swagger that’s rounded out with touches of psychedelic rock; like I said, ScreamCreature has crafted a unique and awesome sound.

“A Thousand Years,” is the first track on the EP and sets the tone for what is to follow. The song has a cool, laid-back psychedelic rock vibe and the band released an amazing animated music video with it.  The second track is “Bonfire,” one of my favorites on the EP.  A song about lost love; the vocals and guitar at the start of the song have an almost folk-rock flavor.  Eventually piano/keyboard, drums and electric guitar are layered in, but the vocals stay simple and low key, in keeping with the subject he is singing about.  The music video for this track is visually breathtaking (see below).  Amidst a background of time-elapsed photos of a beach at sunrise and sunset, a lone woman walks silhouetted by the rising sun and growing more and more distant as the music plays on. The video perfectly captures the ephemeral spirit of the song’s lyrics.

“Craziest Thing” is a delightful 6-minute track that begins with Rob’s gravelly voice in a simple arrangement that spotlights his vocals.  It also has a catchy chorus that will have you singing along.  At the 3-minute mark the song makes as if it is approaching the end, fading out until there is only Rob’s voice as he sings all alone, “’cuz I’m crazy …” followed my a muttered, “Oh, shit.”  The song then launches into an epic 3-minute instrumental jam full of electric guitar, drum and synthesizer over which the same lyric is heard fading in and out, repeatedly. “Stand and Scream” has the best hook on the EP.  With its syncopated beat and infectious chorus, it is easy to see why this was the track that convinced Chris and Rob that they needed to work together.

With an instrumental introduction lasting just over 1½ minutes and a track length of 5½ minutes, “Sometimes I Forget You’re Just a Girl” is like the mirror image track for “Craziest Thing.” It also has awesome and otherworldly synthesizer sounds towards the end. The EP closes with my personal favorite, “Wake up Child,” a gritty and moody track I cannot listen to without hitting repeat.   Starting with deep evocative vocals accompanied by acoustic guitar, the track swells until layers of sound burst from it led by the drums and electric guitar, as Rob sings “… It’s time to go home, the place that you know, the place you belong. It’s time to go home.”  It’s the perfect track to close the EP.

ScreamCreature is an album to be savored. The songs are fun, the lyrics emotive, the chorus’ contagious, and the wailing electric guitar and brooding vocals make it an EP that should not be missed.