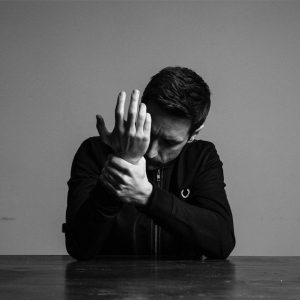 Scotland-bred songwriter ONR. has our eyes glued to the computer screen with his emotional & intimate 1 Mic 1 Take rendition of “Good as New,” filmed at the iconic Capitol Studios in Hollywood. The young artist has seen impressive streaming success, reaching over 500,000 combined streams on Spotify in 2018. After leaking his first single “Jericho” through indie music label Leftwing, he signed to Capitol Records and has released four singles that have made waves on both sides of the Atlantic.

With this new video, we see a raw and very exposed ONR. He showcases his truly unique vocal prowess, moving in and out of soft verses and belting out powerful choruses. He’s in good company, too, being featured in Capitol’s compelling video series alongside the likes of Sam Smith, Mary J. Blige, Halsey, and other household names.

Written By
Alex Rago
More from Alex Rago
iLLPHONiCS may be from the midwest, but they certainly know their way...
Read More