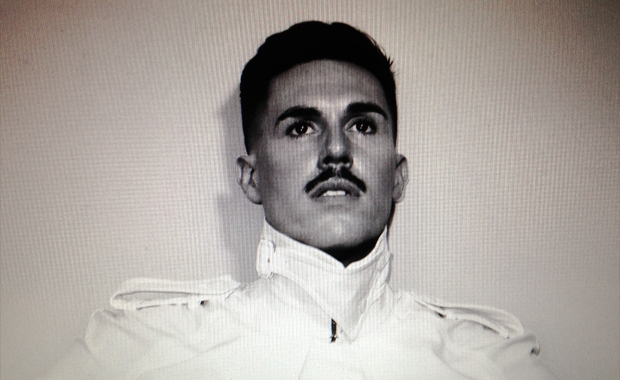 Coming off the back of sophomore LP, Return to Paradise, Sam Sparro is back. This time he is went with a new idea going around the indie world, releasing a series of EPs that tie together into a full album.  The first in this series dropped on October 1 and is titled Quantum Physical Volume 1.  It contains four tracks that are pure Sparro.

It may be a jinx but I triple-dog dare Sam Sparro to write and record a bad song.  From pure fun on his debut, self titled album to throw-back funk on “Return To Paradise” Sparro showed his chops for spinning words and creating melodies that you cannot NOT dance to. Let me say that I am very biased when it comes to Sam because I’ve seen him live and his shows are the best.  Everything you hear on a recording comes out of the speakers on stage.  He has a phenomenal band and two superlative back-up singers.  What makes his recordings exceptional is that he does this all on his own.  There are no fancy A&Rs and high-end producers.  He goes into a studio and lays this shit down…and it is polished!

Quantum Physical Vol. 1 starts out with “Infinite.” The first thing I thought of listening to this one was a stage full of voguers.  There is also a lot of technical engineering going on here.  Many track overlays. Sparro’s voice is coming at you from every direction and you get everything — high and low ends of his range, co-corded production tricks, the works.  Sparro does things with words, makes statements, puts thoughts in your head for later, and comes up with really creative ways to make words fit the phrasing without sounding ridiculous.  This track is a definite earworm.

“Hang On 2 Your Love” is the first single from the EP and it features Durand Bernarr, another independent artist who has worked his way around the system to land a gig as a back-up singer for Erykah Badu.  This song is a great little dance-love ditty.  Production gimics are there but subtle to let the song and the vocals shine through it.  I see it at one of those “breather” songs in Sam’s live set where we can all slow down the motion a little bit and catch our breath for the next hard kicking song.

“Facism” is one of those real message songs of Sparro’s.  There are a lot of double-entendres. He starts with an old political speech then busts into a song that makes hard-hitting social statements.  He maps out the average worker’s life then follows with a chorus about breaking free and being ourselves.  Yes, your toes will tap, your head will bob but you are still paying attention to what this song is saying and it is a tough lesson.  Sam manages to teach it in a way that scares you but not into cowering away from it but finding the courage to fight it. It’s pretty brilliant.

The final track is “Fight or Flight.” This one shows off Sparro’s crooner side.  It’s songs like this that have me convinced that he has lived at least one past life in the 1920’s singing in smoky speak-easys.  This is a track that couples will use to show off their best ballroom moves.  A lot of dips and spins.  It has enough electronic embellishments to keep it in the present but it definitely has its roots in and pays loving homage the early half of the 20th century.

Quantum Physical Vol. 1 is available for listening on Spotify and for purchase on iTunes.

Keep up with the latest from Sam Sparro at samsparro.com