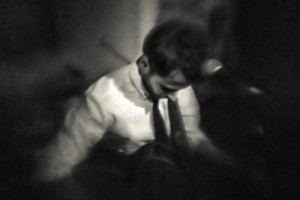 It’s been nearly three long years since singer/songwriter, producer and DJ Robb Murphy dropped his debut album Take a Stand. With magical story telling lyrics met with a gorgeous acoustic folk pop melody with a synth twist, this Irish artist has been able to capture the ears and hearts of the masses throughout the UK with great attention from various BBC outlets. Little did they know he had something else up his sleeve. In the same year of that release, Robb worked on what he thought would be a quick follow up but those plans fell by the wayside as his ambitions for this album grew. Researching the right equipment, learning how to use it, and building a studio lead to what we have today. Sleep Tonight is due out on March 20. While we wait with baited breath for the new album to drop, today is the day we get that little taste of what two years of hard work has brought. The new single is called “The Mysteries of the Heart.”

The biggest thing that Robb Murphy fans will notice is the clarity and richness in production from his last album. This two year wait was well worth it. Without losing a beat of his trademark lyrical style, Robb takes you right into the story of giving yourself up to love because the strongest emotion of the human body is really not one you can control. You cannot hide from it. The song has this ballad-like quality without going into that stereotypical slow pace. Listening to it makes me feel like I’m sitting in a country bar with the ones I love, just having a great time, which is quite unique for a love song. The guitar and drum keep this country-pop beat and it will have your foot tapping. With most folk music, sometimes there is a bit of a myth that it’s all depressing and dark. Well today, Robb Murphy has dispelled that myth for me. “The Mysteries of the Heart” is clearly a cross over track that is waiting to be discovered.