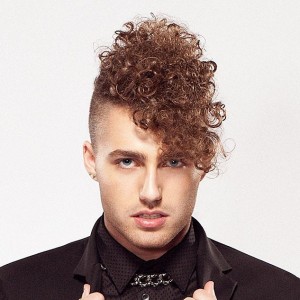 There is no better moment for a music blogger than getting wind of a new artist that makes you go “where the hell did that come from?”

Well today, we’ve got another artist on the verge of explosion. Los Angeles based, New Orleans native Rilan has been exploding across the internet like an epidemic that you just don’t want to get rid of. Two million views on his debut music video, a role as a glee warbler, and only 2 singles under his belt so far! It’s no shocker that Rilan is steamrolling into 2015  and he’s started off what could be another massive year by dropping his 3rd single entitled “Hotel.”

A down tempo pop song compared to his last two singles, “Hotel” comes off as a Romeo & Juliet story for the 21st century. With lyrics that cover the story of what lengths a couple went to hide their relationship from the girl’s disapproving father, the song is very haunting lyrically. The constant repetition of “If the walls could talk in this Hotel” showing they have to escape to a hotel in order to have time together. Only those walls would ever know what happened. It makes you wonder what went down

The most surprising part is that the song isn’t too melodically dark with a very dance tempo rhythm guitar and drum in the chorus. The only hint that it’s dark in the melody is a lower key on the synthesizer/piano in the verses and a slight grunge in the bridge on the guitar. Rilan has with “Hotel” found the happy medium between ballad and dance track.

I heard ramblings of what went down at his concert in New Orleans last month. This has me quite excited for what will come next for the rising pop star. One thing is for certain, there is no way this supernova out of New Orleans will burn out anytime soon.

Rilan on the web:

Written By
Serena Butler
More from Serena Butler
I’ve had this unhealthy obsession with Penguin Prison since the Animal Animal/A...
Read More