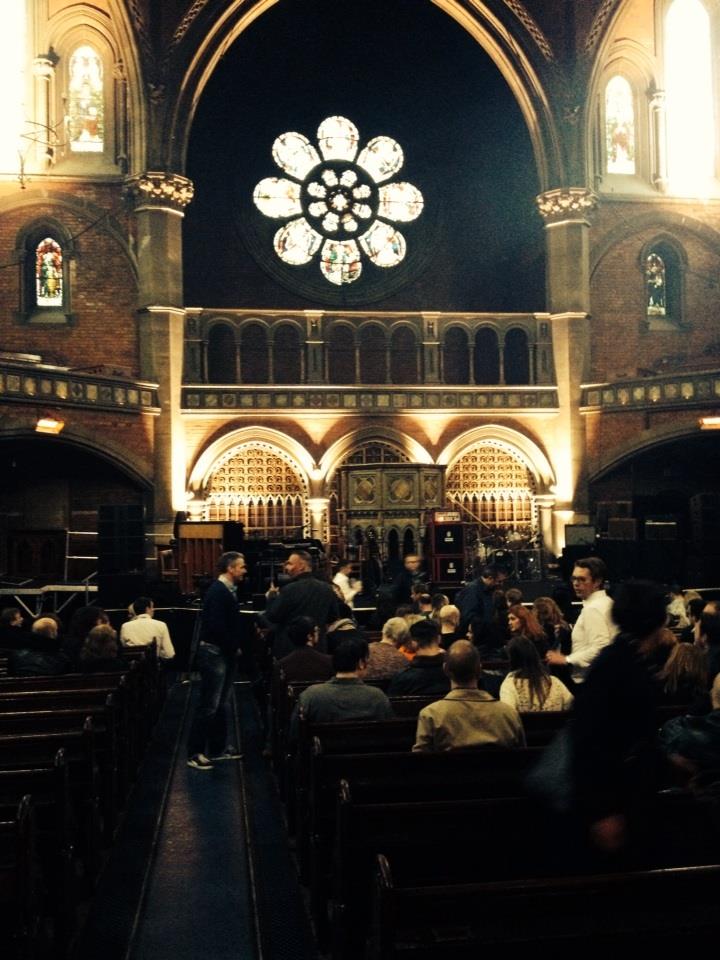 This doesn’t happen very often, and people have often wondered if it would ever happen again. But on May 1st, David McAlmont and Bernard Butler were reunited and the recreation of the old magic was on.

In the wonderful surroundings of the Union Chapel Hall in Islington, London they take take to the stage and begin with “Can We Make It” backed by a string quartet and half of The Magic Numbers too. Second song up is “What’s The Excuse This Time” from 1995’s The Sound Of… album. David McAlmont makes the stage his own, looking very sharp in a tidy green suit whilst Bernard Butler gives off the cool guitar vibes.

After McAlmont mocks some twitter followers’ lack of knowledge of their second album, they then set to reminding them with “Different Strokes” from 2002’s Bring It Back album before going straight into “Although”. “Tonight” is soon followed by “Disappointment”, which this gig is anything but a, before David McAlmont gives off a stunning version of “Blue” before it folds into “Speed”.

The crowd is then encouraged to get on their feet (like they needed any in the first place) and the grooves of “How About You” get everyone dancing before they really get their shake on courtesy of “Don’t Call It Soul”. “Where R U Now” keeps the very solid momentum going before there is a treat in the form of a cover of “Zoom”, the old Fat Larry’s Band number, which apparently Bernard Butler is a fan of. “Falling” is the last song before a small break to let everyone in the hall take a rest before McAlmont & Butler return to do a truly holy version of “You’ll Lose A Good Thing” with David McAlmont being the shepherd to his musical flock and Bernard Butler sets the mood below on the church organ.The crowd gets getting again with “You Do” before a very brief break again. Penultimate song is “Goodbye” but it couldn’t end without one song being played and of course it was “Happy Birthday” celebrating Butler’s 44th year before the familiar drum intro begins and the roof comes off with “Yes”.

This was a concert of absolute beauty and made even more better by the fact they had raised thousands of pounds for the Bobath Centre for kids with cerebral palsy. Will this happen again? Who knows, but this will be remembered for a very long time because everything about the evening was perfect. And thanks to the music of McAlmont & Butler, it will always remain perfect the next time you play their albums.