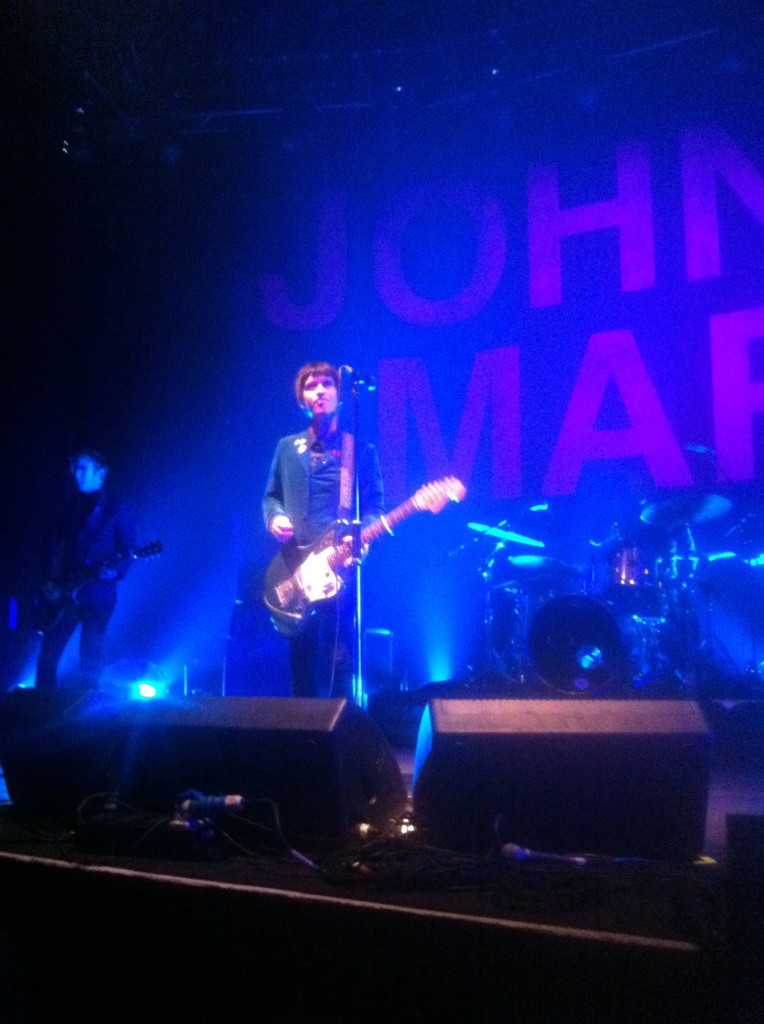 A true music icon in every sense of the word, Johnny Marr embarked on the last show of his UK tour by greeting his public with “AYE! AYE! ANOTHER FRIDAY NIGHT IN LONDON TOWN” and blasts straight into “Upstarts”, the first single from his first solo album, The Messenger. With plenty of songs from The Smiths era to choose from, “Panic” gets a rousing response from the mixed ages in the crowd, joyfully singing along to the panic on the streets of London and Birmingham. “The Right Thing Right” is the third song of the set before “Sun & Moon” gets a welcome run out. A moment of reflection from Marr of “a girl I used to know” before he bursts into “The Crack Up.” “Stop Me If You Think You’ve Heard This One Before” is the next one to come out and get the crowd of all ages singing along before Marr tells everyone “that’s a good one!”  A brief history of Johnny Marr’s musical exploits across the Camden area blends nicely into “New Town Velocity” before the defiant singer defends the honour of the album title track with his own in the form of “The Messenger.” “Lockdown” rocks the Roundhouse quickly followed by “Say Demesne” and “Generate! Generate!”  Marr then informs the crowd to “watch it, watch it, watch it….iconic indie riff coming through” and bursts into “Bigmouth Strikes Again” which gets people on the floor and in their seats singing every word as one. “Word Start Attack” and the fast paced “I Want The Heartbeat” are a subtle warm up to a song that needed no introduction when the iconic riff of “How Soon Is Now?” kept the crowd buzzing. A short break saw Marr, complete with a fetching hat, and his band return to the stage to perform another Smiths number in the shape of “Please, Please, Please Let Me Get What I Want” to generous applause followed by “The It Switch”, the b-side of “New Town Velocity”, makes an appearance. “I Fought The Law” gets the Marr treatment before he extends into Electronic’s back catalogue with “Getting Away With It” before the closing the show with the only song that can do the job, “There Is A Light That Never Goes Out.” The crowd goes home happy with Marr telling them to “be good to London tonight” but only after Johnny Marr had been good to London first.