The world would make more sense if we had facts and science that could be sourced and believed. The fact that we need to Fact Check every piece of information coming across our desks buries us in what is often a stalemate. Most likely because one not-so-credible source leads to another possibly credible source. But we must fact check it all for ourselves into exhaustion. What we think cannot be true unless we find it ourselves. Otherwise, it’s just borrowed!

It would be one thing if we could be told the facts by scientists and then proceed to curtail our lives however we feel is best. But instead, the scientists get funnelled through the politicians and the powerful. Much like that telephone game we played as children; the information at the end is rarely the same as it was at initial distribution.

If you didn’t already know, the first thing that comes to most “powerful and important” people’s minds is the following question in most situations is: How can we use this to our advantage?

This is why that upon realizing a government stimulus could be at hand they wrote in tons of bailouts for business while giving the people some scraps. This is also why that when it was time to apply for business bailout loans the mantra among business folk was, “Apply, just apply. Don’t wait for the rules, get the money and worry about the details later.”

Change hurts. Change is unbelievably uncomfortable. People are not fans of change. It’s something we all want, but few will readily sacrifice themselves or their situations over it. Fear of change is why so many sit around in dead-end jobs or become symbiotic with the phrase, “If you’re happy in a pile of shit, stay there.”

Generations X and Boomer have not learned to diversify when it comes to growing into the 21st Century. Diversification has not been a friend to their lifestyles. While Generations X and Boomer have rubbed off on their children, there is a glimmer of hope held out for those Millennial and Generations Z or I1. No matter how much conservative and religious infusion may occur from one generation to the next I remain optimistic that it will eventually wear away to some renewed sanity.

Democratic, peaceful, loving people are always asking nicely. In politics, they play dirty up to a certain point and then opt-out via “doing the right thing.” This is why they often lose. This can be seen in many areas of life, even outside of politics. People who are discriminated against have always asked nicely and did so for a very long time. Downtrodden groups considered minorities of sex, race, and gender have all peacefully come up to the microphone to say, “May I please be free, Sir?”

But nobody listens to that. No one cares until the city is on fire. If the city wasn’t on fire then there would be a 45-second clip on the news about the peaceful protest downtown. A blip on the radar before everyone goes back to work and forgets last weekend. 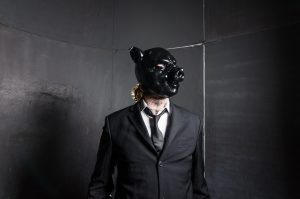 I know there has always been bias of certain groups. I belong to one of them. But until now I never realized how much I assumed that The President of the United States had some unspoken honor as to represent all. That even in all of their obvious bias they still had to come out and make statements that somehow appeased all of the groups as we are all Americans.

That is, until now.

The President initially did not address the people. Then when he did he made it very clear that he doesn’t understand that the people rioting, protesting, and rebelling are his people too. I continue to hear and see statements about “them” and “us.” We’ve known for a very long time that the dividing line has become too heavy, but now it is clear as day. It is a terrible mistake when someone’s politics and beliefs override right and wrong. When who you are becomes what is right it means that anyone else must be wrong. When people are seen to be wrong they begin to be seen as criminals.

A leader of people must understand that all of the people are their people. The unhappy people too! The people who live their lives completely different from those in power. They count and cannot be shovelled into a mass grave simply labelled “Wrong.” This leader places blame2 and threatens to not aid those3 who disagree with him. That makes him a boss instead of a leader. I think we all had some kind of twisted assumption that the American president would be thinking by now, “Gee, my people are upset. What can we do to help?” Instead of calling Governors weak4 he should be doing things to support them. Instead of threatening violent retaliation, he should be reaching out to fix the problem at the root.

May we please be free, Sir or Madam? May we have our peace, love, and happiness? It’s amazing to me that in order for the repressed and outcast to get a positive thing they often have to do a negative thing. Stonewall5 was a protest too and it turned the tides.

All “we” ask for is liberty and justice for all. Yet people still do not have that because it would require a painful change. Change is so hard because they make normalcy feel so delicious. You would think everyone would have grown up to be strong proponents for equality. But they grew up into a system that lulled them back to sleep. They became addicted to the status quo. They drank the Kool-Aid and thought about how painful it would be to enact change. Their families might be hurt. Their white picket fences might have to come down. They might have to shave off a few million from their own paycheck so their workers can afford to eat.

Of course, can we really blame them after so much fighting lead to so little change? Everyone could go out into the streets and they’d kill every last person, but would it matter? As Defense Secretary Mark T. Esper unbelievably said, we must return to “the right normal.”6 Would they just glaze over it all like a bad dream, erase more tenants from the barnyard wall7 and watch everyone’s eyes gloss over as they return to The Right Normal?

It’s hard to know what will ever break us from this cycle and put us into a fair and loving, just, world. Will we ever? Will our future generations ever, ever? We’ve been on about the same thing since our forebears crawled out of the cave.