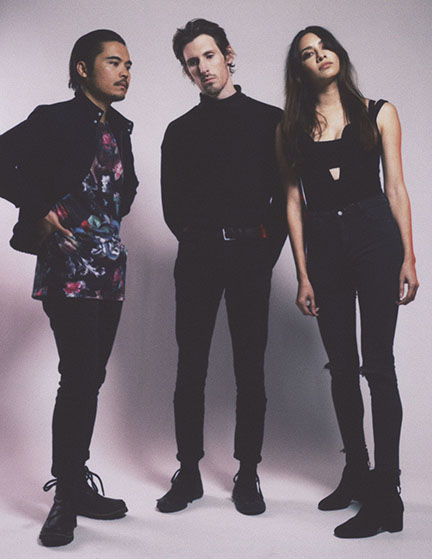 It’s been a while since Parade of Lights came upon this writer’s playlist despite continuously putting out great music.  Their new single “Let’s Be Friends” is a nice place to reestablish that relationship. It’s also a great break-up song as Parade of Lights is no longer a member of the Capitol Records’ roster.

Although the lyrics speak more about the fact that it’s ok to be friends rather than romantically coupled, they also talk about independence.  Parade of Lights is now on their own. From previous experience with their music, they have always made their unique sound sometimes swimming against the corporate pop current.  With this new single they continue that upstream journey of high-quality synth combined with live guitar, drums, and vocals. The song has all the right amounts of performance and production.  There is no indication that the track was not recorded and mastered in a major label studio with a big name producer.

Parade of Lights is in the upper echelon of exemplary pop music that doesn’t spin on the radio.  “Let’s Be Friends” should be playing in the car, fingers following the beat on the steering wheel.  It lends itself perfectly to be in rotation at dance clubs and parties as it has a great hook and gets the body swaying, toes tapping and the head nodding from the opening bars.  When the chorus kicks in the amperage will have the room jumping. It’s a fun song that brings out a smile.

This delicious appetizer is both sweet and savory and definitely achieves the purpose of having the listener craving the next two courses which are due out between now and October.